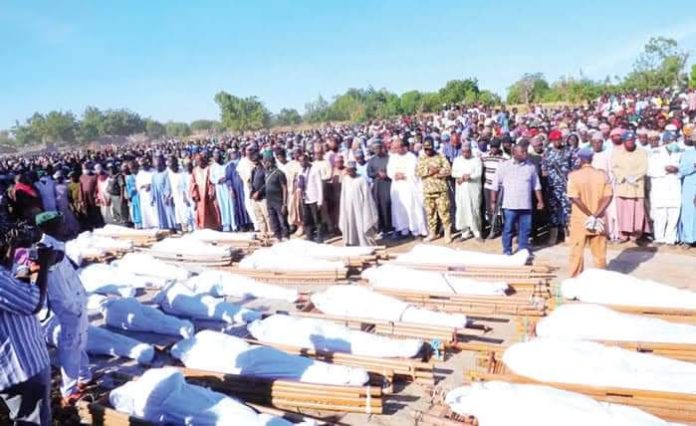 The Peoples Democratic Party (PDP) describes as stunning, the attempt by the National Executive Committee (NEC) of the All Progressives Congress (APC) to blame Nigerians for the manifest failure by President Muhammadu Buhari to secure life and property across our country and urges the party to accept its failures.

The PDP asserts that the APC should respond to Nigerians over its abysmal performance in governance instead of collapsing its structures and trying to indirectly use President Muhammadu Buhari as the scapegoat for their collective failure.

In dissolving its structures across the country, which is apparently a prelude to its reported name change, the APC and its administration have validated the call by Nigerians across board that President Buhari should resign.

The APC should know that dissolving its structures alone cannot be the answer to its humongous atrocities and failures in government.

Now that the APC NEC has indicted President Buhari by pointing to the need for national collaboration in tackling insecurity, which Mr. President had observed in the breach, by bluntly refusing to heed the calls by patriotic Nigerians, including the PDP, to rejig our security architecture, the call for his resignation has come across party, ethnic and class boundaries.

Moreover, it is clear that it is the Buhari Presidency and the APC that have been politicizing insecurity and we therefore advise them to go back to their boardroom and reexamine themselves.

Furthermore, while Nigerians are celebrating the exit of the APC following the collapse of its structure, the attempt to extend the tenure of its illegal national caretaker committee is an effort in futility as it amounts to building something on nothing.

This is because the constitution of the APC does not provide for a national caretaker committee and the appointment of a sitting governor Bala Mai Buni, as its chairman is a nullity, being in breach of the 1999 Constitution, (as amended). As such, the APC, having dissolved its structure, has exited the political firmament and such brings to close its attempt at membership drive.

Moreover, the NEC has no powers, under the APC constitution, to donate any administrative authority to a caretaker committee, which is alien to the their constitution.

It is now manifest to all Nigerians that a party that cannot run its own internal affairs cannot be expected to run government in a country like Nigeria. This has shown why our nation, in the last five years, has been in circus under the APC.