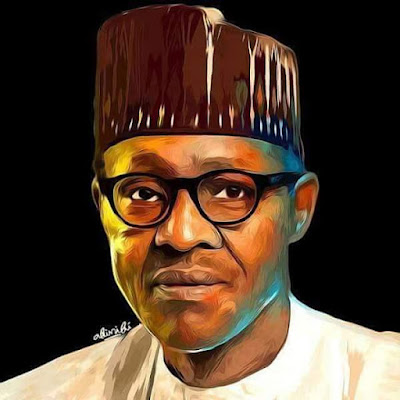 President Muhammadu Buhari has said he would not rest until the Boko Haram sect is completely eliminated in the country.

Buhari made the statement in his Children’s Day message which was made available to journalists on Thursday.

Buhari expressed joy at the recent safe return of one of the over 200 girls kidnapped in their school in Chibok, Borno State in 2014.

“It is a thing of joy that on this year’s Children’s Day, we can also celebrate the safe return of one of the Chibok girls, Amina Ali Nkeki and many other abducted women and children who have been freed from the clutches of Boko Haram by our gallant troops.

“I assure all Nigerians and friends of the country, once again, that my administration will not rest on its oars until the ungodly terrorist sect is totally eliminated from our country.

“As peace gradually returns to the insurgency-ravaged North-Eastern States,  the Federal Government  will continue to work diligently to ensure the rapid and full reintegration and rehabilitation of all internally displaced persons, including orphaned children in the region.

“We will also sustain and strengthen ongoing actions to protect children more effectively from violence, child-labour, child-trafficking, forced marriages and other related offences.

“In return, I urge you all to imbibe and exhibit in greater measure, the virtues of hard work, diligence, discipline, honesty, prudence, selflessness and patriotism which are essential for the actualisation of our vision of a truly great nation.

“The world now looks up to our dear nation, Nigeria as an exemplary model of democratic ideals after the smooth transition that brought our Administration to power,” he said.

The President said children and youths have a significant role to play in ensuring that the nation’s democratic institutions of governance are continuously nurtured, improved and strengthened to underpin national development and prosperity.

He urged them to remain assured that under his leadership, the Federal Government would continue to do its best to prepare and equip them to show the world that with its brilliant, resourceful and resilient people, Nigeria is a country of incredible potential and opportunity.