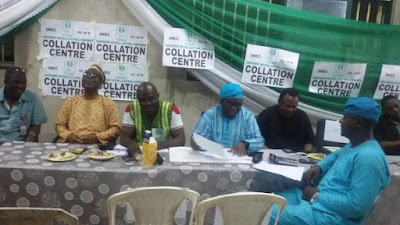 The Independent National Electoral Commission (INEC) says it will conclude the suspended elections in Rivers, Imo, Kogi and Kano states not later than July, 31, 2016.

This is contained in a statement issued on Tuesday in Abuja by Mr Oluwole Osaze-Uzzi, the INEC Director, Voter Education and Publicity.

“INEC hereby issues this statement drawing a road-map to the resolution of the crises and violence which led to the postponement of the elections in the affected areas.

“The Commission has received several submissions from political parties, candidates and interest groups, and has had preliminary consultations with security agencies on the way forward.

“Having considered all these, and after its own preliminary investigations, the Commission has identified the need for more structured stakeholders’ engagement by it and the security agencies, especially with key players in the affected states.

“The commission also identified the need for the active involvement of organisations and groups with expertise in peace building and conflict management and resolution.

“The commission also hopes that conditions will be conducive enough for the conduct of the elections, not later than the end of July, 2016.’’

I Don’t Need to be Governor to Develop Abia State, Says...