Home Uncategorized Attorney General Of The Federation To Take Over The Prosecution of Paul...
Spread the post 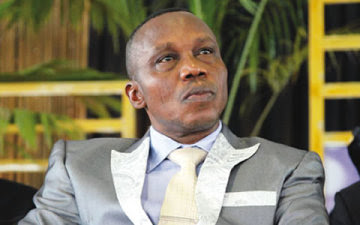 Attorney General of the Federation Abubakar Malami has last week requested that the case and the action of the Inspector General of Police Mr Solomon Arase over the Forgery case against Rev Paul Emeka be brought to his office by vitue of complaint,following an Investigation carried out by PUO REPORTS on the matter

PUO REPORTS thereafter reached out to the Attorney General of the Federation and Minister of Justice Abubabakar who requested a letter of complaint be forwarded to his Office,to enable him pick up the Matter

The Law empowers the Minister of Justice to take over any matter pending in Court as far as it is a crime against the Nigerian State.

Rev Dr Paul Emeka confessed before the Police in November 2015 that the purported Certificate he presented to Assemblies Of God Nigeria claiming to have been awarded a Professor of Theology by the University of Derby in London was a forged One he bought from one Prof Okoro from Abia State.

The Nigerian Police Force under Mr Solomon Arase had been shielding Paul Emeka from Prosecution,but with the notification of the Attorney General on the Matter,the game may be up with Paul Emeka

I Will Protest If Police Harass Me Again in Portharcourt Airport-...