Home Uncategorized BREAKING: God Through Rev Elisha Anyanwu Raise Man From Dead In Onitsha
Spread the post
It would have been another Different story today at Assemblies Of God Church No 54/56 Oguta Road,Onitsha in Anamnbra if not for the coming of the National Youth Director of Assemblies Of God Nigeria Rev Evangelist Elisha Anyanwu 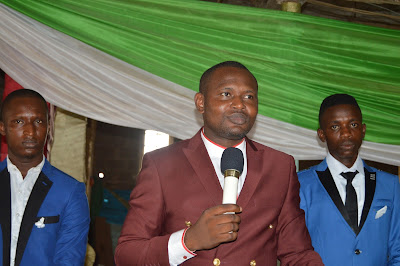 The Nigeria Youth Director of Assemblies Of God Nigeria Rev Evangelist Elisha Anyanwu who is in Onitsha District for the National Youth Day celebration told PUO REPORTS,that when he was about coming to Onitsha District,people were asking him why Onitsha in a day his Department is celebrating its 25yrs of Existence

The International Evangelist Rev Elisha Anyanwu said,the Holy Spirit asked him to come to Onitsha,that someone is waiting for a Miracle 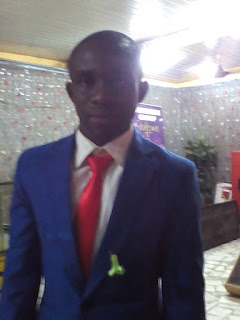 When Rev Elisha Anyanwu was praying for the Congregation at Assemblies Of God Church No 54/56 Oguta Road Onitsha,he was specific in telling the People to pray against the Spirit of Death

PUO REPORTS gathered that already,a Youth of the Church Bro Henry Aleke from Ezaa South Local Government in Ebonyi State,but Lives in Onitsha who dressed Normal and came for the Youth Day Celebration was Already Dead at the Down floor of the Two Storey Building Church

It was while the Great Servant of God Rev Elisha was praying that Spiritual healing took place in the Life of Bro Henry Aleke,and his Life was restored back to him through the anointing and the power of the Holy

Bro Henry Aleke who confirmed his experience to PUO REPORTS,said it seems the coming of the National Youth Director Rev Elisha Anyanwu was because of Him

Narrating his Encounter to PUO REPORTS,bro Henry Aleke said that it was when the Youths were about cutting their anniversary cake that he felt unusual thing and after that he never knew what happened around him,revealing that it was people that told him what Happened

Oshiomhole talks too much, people have abandoned him – Igbinedion