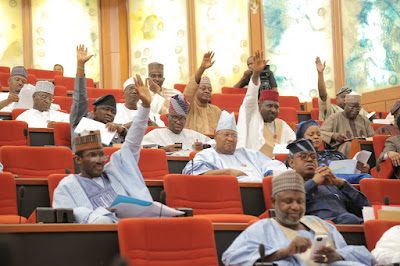 The near unanimous rejection of the bill proposing to establish the Maritime University at Okerenkoko in Gbaramatu Kingdom by the Senate on the 8th of June, 2016 is an indication that the Federal Government is not serious about its decision to end the crisis in the Niger Delta region through peaceful means.
The hate speeches and fatuous comments that emanated from some senators at the floor of the Senate Chamber while debating on the said Bill has put a question mark on our lips on the genuine intention of the Government in resolving this issue. As far as the Nigerian Constitution is concerned education is our right and not a privilege. The Niger Delta region being the only educationally disadvantaged region requires this right more than every other region. Not only has the School filled the absence of educational institutions in the region it is also sited in the best suited environment being the headquarters of the maritime activities in the Country.

If really the Government is committed to the ongoing peace moves, we see no reason why our Lawmakers who are the supposed bridge builders to the ongoing impasse are saying the land that is providing money for their jumbo salaries is not suitable for Maritime University to be sited there. What an impudence? To make matters worst and for the purpose of defending their ethnocentric argument, some Lawmakers particularly from the Northern extraction even went for the jugular by referring the Niger Delta region as a none habitable place. This is an impediment to peace in the region. Unless the Nigerian Government changes its oppressive and subjugating attitudes towards the region, peace will always be elusive and permanent peace to the oil war is a mirage.

The Nass should be aware that the proposal to cancel of the Maritime University by the Executive arm is the major architect of the current crisis in the region. There can never be any meaningful dialogue to end the crisis without the Maritime University featured in the front banner. Members of the Nass should not allow their ethnocentric agenda to put a a kibosh on the Federal Government’s commitment to return peace in the region. The brazen display of ethnic card by Senators while debating on the Bill for the establishment of the Maritime University at Okerenkoko in Gbaramatu Kingdom is the height of provocation and such attitudes of our Lawmakers cannot guarantee peace in the Country. It will only help polarize our unity in diversity.