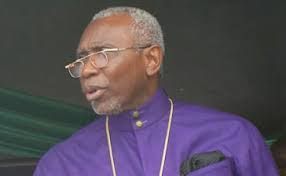 With less than 48 hours to the election in the Christian Association of Nigeria (CAN), indications emerged on Monday, June 13, 2016 night that the Presidency was planning to arrest it’s incumbent president, Pastor Ayo Oritsejafor and some other key officials of the association during its National Executive Council (NEC).

Others planned to be arrested include general secretary of CAN, Rev. Musa Asake and its director of national issues, Elder Sunday Oibe on trumped up charges by government forces who were sympathetic to certain aggrieved parties in the contest.

But despite the threats, the two-day meeting where the election would be conducted would still take place and the election will hold.

Already tension was mounting in CAN last night as plain-clothed security officers were said to be hunting some of the CAN leaders.

Also, delegates from the five different blocs of CAN had started arriving Abuja for the scheduled NEC meeting which will determine the next direction of the umbrella body of Christians.
According to the schedule, the two days (Tuesday and Wednesday) have been set aside to do, majorly, two things: the election of the next CAN president and the ratification of the new CAN constitution which had been completed by a committee set up by the National Advisory Council of CAN about two years ago.