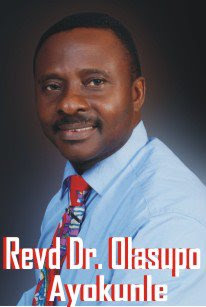 The President, Nigerian Baptist Convention, Dr. Supo Ayokunle, was on Tuesday in Abuja, elected the new President of the Christian Association of Nigeria, bringing to an end the apprehension that the election would be controversial.

The new CAN President polled 54 votes to defeat Prof. Joseph Otubu of the Motailatu Church Cherubim and Seraphim Movement with 28 votes.

The declaration of Ayokunle as winner of the election was announced by the outgoing President of CAN, Pastor Ayo Oritsejafor, to a rousing applause at the Ecumenical Centre, Abuja.

The PUNCH reports that only the two candidates contested the election.

Oritsejafor will  hand over to Ayokunle in July.

Our correspondent learnt that out of the five blocs in CAN, only the two were able to nominate representatives for the primaries conducted by the Electoral College of CAN.

They were cleared by the report of the Electoral College signed by its chairman and former Chaplain of Aso Villa, Rev. Dr. Williams Okoye and Secretary, S.T.V. Adegbite.

The report had said, “The Electoral College met on Thursday, May 26, 2016 and each member of the college was given the opportunity to speak on the way forward. After careful deliberations, nine members agreed that the Electoral College should conclude, vote and send its report to the national secretariat while six members differed.

The Evangelical Church of West Africa had rejected the primary and raised fears over possible crisis in the electoral process.

The ECWA Representative in CAN, Pastor Wakili Kadima and members of the National Executive Council of CAN representing the Youth Wing of Tarayya Ekklesiyoyin Kristi A Nigeria/ECWA Fellowship of Nigeria, Pastor Divine Eches, had alleged that the process leading to the June elections was marred by some alleged ‘illegalities’ and ‘impunities’ with the aim to allegedly exclude some persons from participating in the elections.

They had specifically alleged that the nominee of TEKAN/ECWA, Jeremiah Gado, was excluded as the consensus candidate of the TEKAN/ECWA block in CAN, saying he should be included