Home Uncategorized ‘I’m tired of the church using the Bible to be homophobic’ –...
Spread the post 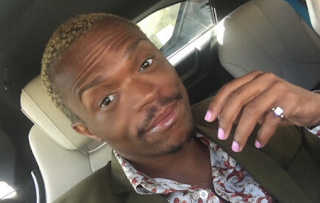 South African choreographer and radio personality, Somizi Mhlongo has come out speak on the Grace Bible Church controversy. Two weeks ago, he stormed out of a service in Grace Bible Church, Soweto, after a Ghanaian Bishop, Dag Heward-Mills said being homosexual was ‘unnatural’.

The incident saw an angry Somizi took to his IG page to rant over the homophobic statement in series of videos. Watch here
In an exclusive interview with Carte Blanche, he revealed details of what exactly went down in his church.

‘I was a member of Grace Bible Church for 32 years and on that day when the pastor started saying he has never seen a male dog with another male dog, I deliberately stood up. I told myself, ‘I am standing up for a reason.

It’s about time that, we cannot be scared to speak out about what hurts us. As a person of influence you cannot stand there and perpetuate hate and I’m tired of the church using the Bible to be homophobic.’
Somizi added that he has no problem with the scripture but has a problem with it being edited.

‘Don’t edit the scripture say exactly what it states but don’t edit it. I’m proud I stood up and created a debate.