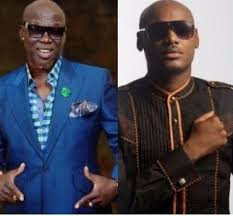 Following his comic outburst at Tuface Idibia for trying to lead a protest, popular Nigerian comedian, Gordons has apologised.

The comedian had on Tuesday asked Tuface how he would express himself when leading a protest.

He told the musician to concentrate on his music rather than getting involved in activism.

“How are you going to express yourself TuFace when microphone is right in your face and you are asked to express your grievance and the reason why you are protesting? You can’t express yourself, it’s not your game. Do it with music you are used to. TuFace is the only illiterate who can sing correctly,”  Gordons said.

However, on the same day,  in a less than one minute video he posted online, Gordons said he was only doing his job, comedy, and he didn’t mean to insult Tuface in any way.

The comedian revealed that he has sent a text message containing his apology to the musician and his family.