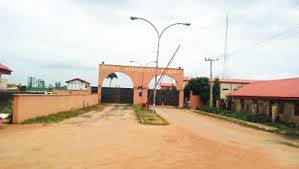 In the wake of the abduction of a landlord and killing of three security guards in Isheri North Estate GRA, Lagos, on Thursday, some landlords are fleeing their homes, Saturday PUNCH has learnt.

Our correspondents were told that some of the landlords had relocated temporarily to hotels and their relatives’ houses following the abduction of the secretary of the estate’s residents association, Mr. Dayo Adekoya.

A resident, Victor Agbadu, who said many of the landlords were currently in panic, confirmed this on Friday.

Agbadu told one of our correspondents that he knew two landlords who had lodged in hotels with their families pending when normalcy would be fully restored to the estate.

He said, “Of all the kidnap cases that have occurred in this estate, Thursday’s attack has been the most terrible. And there is a lot of panic right now. I did not sleep at home yesterday (Friday) and I won’t return home until the situation is peaceful.

“Some landlords, especially those living in the area where the man was abducted, have left their homes.”

The source stated that the situation could force owners of buildings under construction to abandon or sell them, while urging the government and security agencies to come to their aid.

Another resident of the estate, Mr. Gbadebo Alani, who said he was away from home when the attack took place, got home the following morning to see his landlord leaving the house.

He said, “My landlord said he was relocating to his other house in Ibafo. At least, three other landlords that I know have left since the incident.

“I know they would be back soon. But can you blame them? If I had somewhere else to relocate to for now, I would have taken my family there.”

According to him, tenants are not expressing the same level of panic as landlords because they have realised that landlords are usually the targets.

Many of the landlords our correspondents reached out to for comments promptly declined to talk.

The chairman of the residents’ association of the estate, Mr. Remi Osijo, also declined comments, saying only the police could speak on the incident.

However, the Lagos State Police Command on Friday arrested the head of security guards at the estate.

A reliable source among the estate’s guards disclosed to our correspondent that the supervisor, identified simply as Godwin, was apprehended on Friday morning.

The source said Godwin was being quizzed as his movements a few hours before the attack were suspicious.

He said, “Godwin is a vigilante. He is the head and supervisor of security guards in this estate. On Tuesday, he told us he would travel on Thursday and that he would spend a week.

“As of 6pm on Wednesday, he was still at the estate gate. It was when the incident happened in the night that we discovered he was not around. We called his telephone line, but it was not reachable.

“This morning (Friday), he showed up, saying he travelled to Imo State. Residents have handed him over to the police.”

The police spokesperson in the state, Dolapo Badmos, had yet to reply to a text message sent to her telephone line to find out about Godwin’s arrest.

She had earlier said the command was working on intelligence reports to ensure that Adekoya regained freedom soon.

The PUNCH had reported that gunmen, numbering about 11, invaded the estate at about 12.30am on Thursday after five hours of intermittent shooting to scare residents.

Three security guards, Dugbe, Oluyole and Friday aka Frayo, were shot dead by the assailants while two others, Ibrahim and Rasaq, sustained gunshot injuries.

They gained access into Adekoya’s apartment through a window by cutting through the burglar-proof bars.

The assailants were said to have later contacted Adekoya’s wife, demanding N80m ransom.

One of the guards securing the estate said the assailants always came through the water area at the back of the estate, saying security agents needed to displace them from their hideouts in the creeks.

Meanwhile, the Oodua Peoples Congress has put up a defence over its inaction against the Niger Delta militants, suspected to be the brains behind the attack.

Leader of the group, Gani Adams, who has been credited in the past with saying that Niger Delta militants would never gain a footing in the South-West, explained that the government had made it impossible to launch a war against the criminals who operate in the Lagos creeks.

According to Adams, he had been cautioned in the past by the police “for saying the truth.”

He said, “For instance, after the abduction of the Oba of Iba and subsequent arrest of about 130 suspects between June and August, 2016, I was summoned to the police headquarters in Lagos.

“The commissioner of police said there was a signal from Abuja that I should be careful with my statements so that I would not cause an inter-ethnic crisis. I told them I could not keep quiet when my people were being killed.

“If you are not called to save someone and you venture into such an operation, you can land in trouble. If the government believes that we have a role to play in security, it would carry us along.

“We would try our best to rout the militants if the government tells us it needs our assistance.”

Adams said the group, had in the recent past, been portrayed in a negative manner in the same areas it was supposed to operate.

Nigerians are suffering under APC, PDP is the saviour of Nigeria...