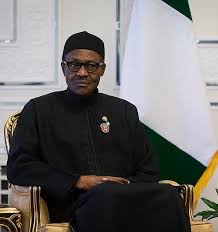 Presidential aides were on Friday put on standby over the imminent return of President Muhammadu Buhari from London, United Kingdom.

Buhari, who left Nigeria on January 19, was initially scheduled to return to the country last Sunday in preparation for resumption to office last Monday.
However, the Special Adviser to the President on Media and Publicity, Mr. Femi Adesina, later issued a statement announcing that Buhari had notified the National Assembly of his decision to extend his vacation.
Adesina had attributed the extension to the need for the President to wait behind and receive the results of medical tests which he had undergone on the advice of his doctors.
Sources at the Presidential Villa, Abuja told one of our correspondents on Friday that Buhari was being expected this weekend. The sources said that presidential aides and officials of the Protocol Unit, as well as security operatives, had been put on the alert over the President’s imminent arrival.
One of the sources said, “The President is expected back this weekend. We are expecting him to return either on Saturday or Sunday.
“As of now, we are not sure of the time of his arrival yet. The Protocol Unit will confirm that to us later.”
Another official said if the President would return by Saturday afternoon, his arrival time would be clear by the (Saturday) morning.
Amidst growing concern that Buhari had extended his vacation indefinitely as his new resumption date was not included in his latest letter to the National Assembly, Adesina had during the week, said the President would return sooner than expected.
“In a communication to the National Assembly, the President did not disclose when he is coming back but the President may be coming back sooner than people think,” the presidential spokesman had told a television station.
Atiku urges Nigerians to pray for President
Meanwhile, former Vice-President Atiku Abubakar has urged Nigerians of all faiths to pray for the President.
Atiku, who is also a chieftain of the All Progressives Congress, said the President needs the prayers of all Nigerians at times like these.
This was contained in a press statement issued by his Media Office in Abuja on Friday.
Atiku was quoted as saying, “We deserve the care and support of one another in trying times.
“Each of us goes through times when we are not in top form. The last thing we need in such times is mockery or ill will.”
Prayers hold in Borno mosques for recovery
Imams in about 350 Jumma’at mosques in Borno State on Friday led thousands of worshippers in special prayers to wish President Buhari speedy recovery. Special prayers were held in Maiduguri, Jere, Biu and other parts of the state.
The prayers, which were conducted at the request of the Borno State Governor, Alhaji Kashim Shettima, were in appreciation of President Buhari’s commitment to the fight against the Boko Haram insurgency, which resulted in the liberation of many communities and the return of relative peace to the state.
Although, there are 542 Jumma’at mosques in the state, only about 350 of them were estimated to be operating as residents of some highly populated towns like Bama had yet to fully return home from internally displaced persons’ camps.
The prayers were based on a request conveyed by the Chief Imam of Borno State, Imam Ibrahim Ahmed, to all Imams of functional Jumma’at mosques.
The Chief Imam mobilised fellow Muslim clerics for prayers following letters addressed to him by Governor Shettima. A similar letter was also sent to the Borno State Chairman of the Christian Association of Nigeria, Bishop William Naga.
The state Commissioner for Religious Affairs, Mustapha Fannarambe, signed the two letters, titled, “Request for intensification of prayers for the complete recovery of Mr. President.”
It was learnt that the state’s chapter of CAN had also communicated with pastors to organise similar prayers in all churches across the state during the Sunday’s service.
APC women to organise National Prayer Summit
Worried about Buhari’s state of health, women leaders in the APC are also organising a National Prayer Summit for the President and the nation.
The prayer summit, being organised by the office of the APC Deputy National Women Leader, is to hold in Enugu.
The APC Deputy National Women Leader, Chief Tina Adike, who disclosed this to journalists in Owerri, Imo State, said that the non-denominational prayer summit would also cut across all political parties.
Decrying the unpleasant rumours making the rounds about the President, Adike noted that death is not exclusive to elderly persons alone.
While attributing the rumours about the health of the President to ignorance of the provisions of the nation’s constitution, which she said the President had adhered to, Adike said women in the country were hopeful that if Nigerians were committed, patriotic and selfless, it would be well with Nigeria.
PFN urges Buhari to fix economy, stabilise currency
Meanwhile, the Pentecostal Fellowship of Nigeria has called on the administration of President Buhari to inject life into the country by curbing inflation and finding solutions to the problems affecting the economy, including the rising foreign exchange.
A statement issued by the Director (Media and Public Relations) of PFN, Simbo Olorunfemi, said the call was part of resolutions taken during its just-concluded 14th Biennial Conference held in Benin, Edo State.
He said, “The PFN is concerned about the state of the Nigerian economy and the hardship being experienced by citizens. It calls on the Federal Government to take urgent steps to mitigate the pains of Nigerians, curb inflation, stem the tide of unemployment and find solution to the exchange rate that has eroded the value of the naira.
“A number of issues of concern to the Church and of national interest were discussed at the conference and the PFN resolved on the need for the Federal Government to live up to its constitutional responsibility of securing lives and property, especially in the face of terrorist activities by so-called herdsmen and the recent killings in Southern Kaduna.”
Source :punch