Home Uncategorized Soldiers arrested me in Lagos, thinking I was working for Biafra —...
Spread the post 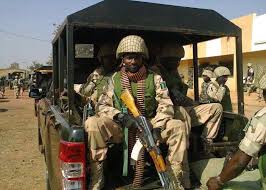 Imo State: A State Where Salary Of A Worker Is not...

BUHARI AND BOKO HARAM: A CLOSE-UP VIEW By Terfa Naswem