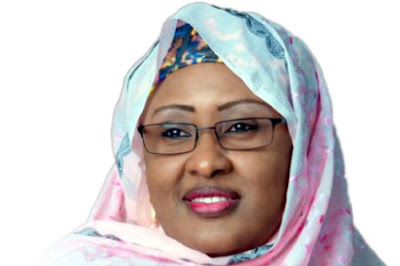 The Wife of the President, Mrs. Aisha Buhari is convening a high – level meeting of first Ladies of West African states towards providing adequate social and economic support to refugee women and children in the Lake Chad Basin.

This was disclosed at the technical session convened to marshal the strategy in Sokoto, on Monday, February 13, 2017.

According to a statement by the Director of Information in the Office of the Wife of the President, Suleiman Haruna, Aisha Buhari had initiated discussions on the issue with the First Lady of Niger, Dr. Malika Issoufou Mahamadou, at the sidelines of the 74th Session of the UN General Assembly, last year.

It reads: “Mrs. Buhari and Dr. Mahamadou were concerned with the spate of fleeing populations and refugees moving within and across national borders in search of safety and settled life, especially in the Lake Chad Basin, which has been described as conflict-prone, with UN Office for the Coordination of Humanitarian Assistance (OCHA) reporting 3.8 million people facing severe food insecurity and going hungry, as at July 2016.

“Key among the areas of interest are establishment of a coordinating mechanism in the region, distribution of relief materials, provision of psychosocial support to the victims and empowerment of women and girls. There is also the issue of advocacy to expose the full magnitude of the humanitarian crisis in the region.” it stated

Head of Nigeria’s Technical team at the Sokoto meeting, Senior Special Assistant to the President in the Office of the Wife of the President, Dr. Hajo Sani said the High-Level meeting has been fixed for 28th February in Abuja and will attract the First Ladies of Niger, Cameroon, Chad, Benin, Burkina Faso and Mali, and Development, Voluntary and Civil Society Organizations.

On her part, the Head of the Nigerienne delegation, Dr. Mrs. Hadari Zeinabou, Senior Special Assistant to the Prime Minister, said the purpose of the meeting was to enable the First Ladies to complement the efforts of their spouses in the area of improving the health and well-being of the less privileged in the Lake Chad Basin region.

The meeting is expected to last till Tuesday.