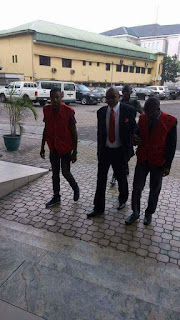 Justice Umezulike was the Chief Judge who was bribed by Paul Emeka a former General Superintendent Of Assemblies Of God Nigeria in 2014.

The Chief Judge assigned Paul Emeka’s case to Justice Anthony Onovo, an NSUKKA man who did the bidding of evil Paul Emeka.

Presidency Praises Pro-Buhari Protesters For Their Faith And Trust