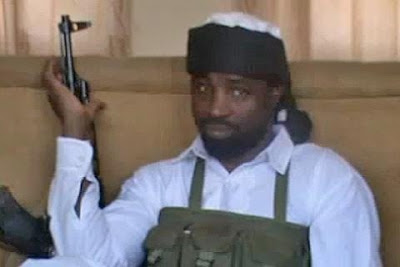 That was 24 hours after the latest suicide attack in Borno State in which two persons were killed when four female suicide bombers detonated their explosives.

He said the terror sect was “responsible for all the suicide explosions in Maiduguri and we will continue with them.”

He denied claims by the armies of Nigeria and Cameroon that scores of his fighters have been killed in recent encounters.

Shekau spoke in a video message, saying he is in good health.

There were speculations that he was hit in a recent attack by the Nigerian military.

But he looked subdued in the video recording compared with previous appearances.

He vowed that Boko Haram will not back down until it establishes Sharia in Benin, Cameroon, Chad, Niger, Nigeria and Mali.

“We fought along the Cameroonian border. You lied that you killed 60 of our fighters, that you arrested 20 of our men, that you freed 5,000 of your people,” the Boko Haram leader said.

“Paul Biya, is it that you can’t live off lies? Is it with this that you are going to convince the West, your leaders? It is unfortunate. Be careful, Paul Biya.”

Shekau also said the caliphate he declared in August 2014 “is running smoothly,” apparently in a bid to rubbish reports that the terror sect has lost much of the territory it used to hold in the Northeast, especially the Sambisa Forest that once served as its base.

Shekau was last seen on camera in a video message in December last year after the Nigerian army declared it had flushed out Boko Haram fighters from Sambisa Forest.

Wike sues for peace among politicians