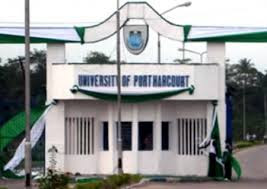 The Vice-Chancellor of the University of Port Harcourt, Prof. Ndowa Lale, said on Friday that 78 of its 18, 378 graduating students finished in the First Class Division.

Lale, who disclosed this at the 31th convocation news briefing in Port Harcourt, said the conferment of degrees, higher degrees, diploma, certificates and prizes would hold at the university from March 24 to March 25.

He said that 14,715 students would be awarded with first degree certificates while 1,109 would receive Post-Graduate Diploma certificates.

According to him, 2,223 candidates will receive Masters Degree and 331 students will be conferred with Doctorate degree.

The Vice-Chancellor said that the 14,715 graduating students from 10 Faculties were drawn from 2014 to 2016 academic sessions.

Others are School of Science Laboratory Technology, Faculty of Engineering, and College of Health Sciences, Faculty of Agriculture and Faculty of Pharmaceutical Sciences.

Lale said the convocation would kick-off with a lecture by Prof. Jonas Redwood-Sawyer, Vice-Chancellor of University of Sierra Leone and Chairman of the Board of the West African Examinations Council on March 23.

The lecture is titled: “The Mandate of Higher Educational Institutions and Global Expectations.”

He said that UNIPORT would continue to produce quality graduates that would compete favorably with their counterparts locally and internationally.

The Vice-Chancellor said that since he took office as Vice-Chancellor that several programmes had been introduced with focus to making UNIPORT a world class university in academics, research and development, and in infrastructure.

According to him, the university was faced with dwindling statutory allocations compounded by the Treasure Single Account (TSA) which had made running of the university a daunting task.

“In spite this challenge, we have completed rehabilitation of 15 hostel accommodations; nine lecture halls and classrooms in collaboration with the National Economic Empowerment and Development Strategy (NEEDS).

“Work is currently at various stages of completion on the 32-staff housing unit at the university park, among other project which are ongoing.

“Also, efforts are being made to move from collegiate system to faculty system of education for efficient coordination of academic and administrative activities and to reduce bureaucratic bottlenecks,” he said.

Lale said the university was mainly focused on research and development aimed to ensure that research results do not serve purpose of academic promotion alone.

He said that under a new security arrangement, kidnapping of staffers and visitors had reduced in the university and host communities.

Ronaldo to appear in Spanish Court over Tax Allegations