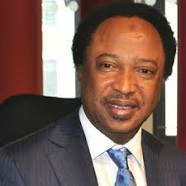 Sen. Shehu Sani (Kaduna-APC) has urged the party to penalise Gov. Nasir El-Rufai of Kaduna State for allegedly leaking to reporters a memo he wrote to President Muhammadu Buhari.
Sani, who is the Vice-Chairman, Senate Committee on Foreign Affairs, called for the punitive measures in a statement he released in Abuja on Saturday in reaction to the alleged leakage.
It will be recalled that media reports had alleged that El-Rufai told Buhari in a memo, that he was losing the vision and the momentum with which APC started the change campaign.
The governor was alleged to have called on the President to communicate constantly with Nigerians, so they would know the plans of his government.
The reports also claimed that El-Rufai acknowledged that a cabal was working hard to alienate the President from those, who even worked hard to secure his victory during the 2015 election.
Sani said it was ironic that while El-Rufai could not stand constructive criticism, he had the audacity to criticise the President.
“The governor always recommends that our party should punish me for criticising him.
“Now that he has fired a cruise missile at the President through a deliberately leaked memo, he should also be treated the same way.
“He accused me of being disloyal and disrespectful to the President and the party for speaking my mind.
“Now he has done his own cunningly by criticising the President and the party, disguised it as a memo and leaked it out to the press.
“If our able party chair would give me five strokes of the cane for speaking out, the governor (El Rufai) should be given thrice that for ‘leaking out’.
“It’s often said that look at the message and not the messenger, but there are times when you can only decipher the message by looking at the messenger,’’ he said.
According to Sani, while Gov. El-Rufai is entitled to his opinion and perception, the contradiction and irony is that he carried out an action he always stood against when criticised.
He described the governor as disloyal and disrespectful, saying: “the difference is that while mine is blunt, his is dubious.
“Secondly, for all the issues he raised against the President, his own is worst in his space of governance both in the existence of cabal or politics of exclusion, incompetence or public perception.
“The difference is that the President is tolerant of criticisms and alternative views.’’
He said the leakage of the memo to newsmen was an evidence that ‘‘logically he is leaking memo to rouse popular sympathy and create the image of ‘a competent alternative’ to ‘Baba.’
“The memo suggests he is trying to do what he recently accused me of.
“He said that I am in the habit of criticising him because I want to become Kaduna State Governor,’’ Sani said.
He advised President Buhari to be cautious, saying: “he who keeps a scorpion in his pocket must always watch his groin and he who inherits a cobra should know that it’s not a pet.’’