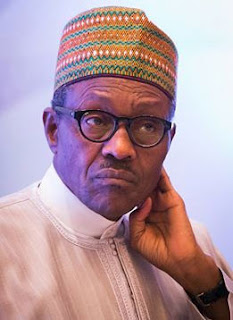 ABUJA-Presidency said on Tuesday that it is elated that majority of Nigerians were still in love with President Muhammadu Buhari and his effort of his government to reposition Nigeria.

Muhammadu Buhari It also said that the President was fulfilling his campaign promises to Nigerians, particularly in stimulating the economy for job creation, anti-corruption campaign and security of lives and property.

The Presidency spoke through the Special Adviser to the President on Media and Publicity, Mr Femi Adesina while receiving a delegation of Northern Youths Initiative for Peace and Good Governance in Abuja.

He urged Nigerians to keep faith with the administration’s commitment to take “Nigeria to the Promised Land.” Adesina said: “I am glad that majority of Nigerians are still with President Buhari. “The excitement and jubilation, around the country, that greeted his return to Nigeria recently is a clear testimony of the love, confidence and belief, which Nigerians have in his leadership. “We are witnessing a positive turn around in the economy, agriculture, the fight against corruption, job creation and I am very confident that President Buhari will lead Nigeria to the Promised Land before the mandate given to him by Nigerians elapses in 2019,’’ Adesina said.

The Special Adviser, who received the Sardauna Leadership Award, ‘Icon of Societal Transformation’, thanked the Group for the honour, noting that he was motivated to serve in government because of the personality and integrity of President Buhari.

In his remarks, the President of the Northern Youths Initiative, Comrade Muhammadu Abubakar, described Adesina as an exemplary leader, adding ‘‘you are a Goldfish that has no hiding place.’’ “We northern youths, under the aegis of Northern Youth Initiative for Peace and Good Governance, honour you as Garkuwan Matasan Arewa (the shield of Northern Youths) for your invaluable contribution to the country and inspiring role to the upcoming generation,” he said.

My relationship with friends, classmates remains the same – 17-year-old Delta...

My Journey to the Land of the Dead: How I Survived...