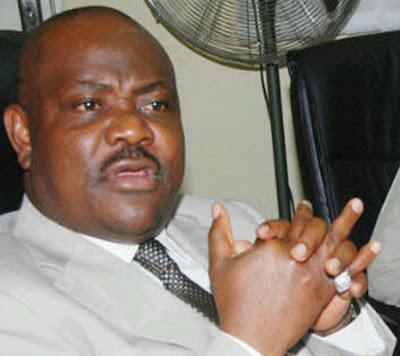 RIVERS State Governor, Chief Nyesom Wike, has declared that Benue State Governor, Mr. Samuel Ortom, was one of those who politicised insecurity in the country, which has now degenerated to consume his state.

Wike maintained his call for the declaration of a state of emergency in Benue State, adding that Ortom had lost control and lacked the capacity to stand up for his  people.

The governor made this remark on Thursday while addressing members of the University of Port Harcourt Governing Council, who paid him a courtesy visit at the Government House in Port Harcourt.

Wike explained that Ortom was in the league of APC governors, who plotted a state of emergency against Rivers State when it (Rivers) had security challenges.

“Benue governor has lost control. That is why there is an immediate need to declare a state of emergency for the restoration of security and protection of the people.

“If you are from Benue State, I apologise. But when Rivers State had security challenges, Governor Ortom of Benue State was among the APC governors, who plotted the declaration of a state of emergency in the state (Rivers).

“When the problem of insecurity started here in Rivers State, instead of joining hands to proffer solutions, they politicised it.

“Unless all those at the forefront of the plot against the state repent, this insecurity will visit them one after the other,” the governor added.

He said as a result of the politicisation of security by APC governors, insecurity had been exported to several parts of the country.

Wike, however, pointed out that it would be difficult to rig election in Rivers State because he was in contact with the people of Rivers State.

The governor added that those, who plotted to rig in Rivers State, now understood the consequences.