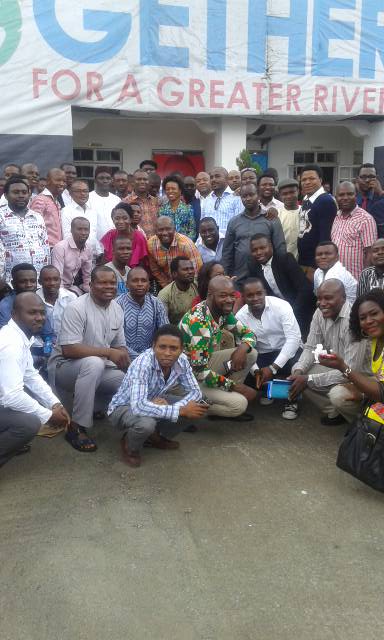 It was gathered that their dissolution became imperative due to their ineffectiveness, poor management of the team’s affairs and divisiveness in leadership as operated by the now disbanded handlers of that former platform.

The now moribund executives was accused of dividing the platform along ethnic interests to the detriment of the unity of the party. Their leadership is fanning the embers of division in Rivers APC today. They operated the now disbanded platform to the selfish advantage of the candidature of a particular governorship aspirant for 2019. This is clearly against the instructions of Rt Hon Chibuike Rotimi Amaechi the leader of the APC in Rivers State.

“Today, our one’s cohesive media team is now a shadow of itself. We’re sharply divided into different camps. Under Ken Minimah, our common interests as APC is no longer our main focus. Rivers APC New Media Team has now been subjected to public odium. We have become a laughing stock before our advisories. Our online activities as formerly led by Ken Minimah is a clear deviation from our core mandate. No direction, no unity, instead we’re fighting dirty an avoidable fight”.

The former leadership has also being embroiled in serous allegations of financial recklessness, embezzlement of funds belonging to the team and contract racketeering.

Ken Minimah, Kennedy Friday and co has also been accessed of managing affairs of the New Media group to the advantage of a particular interest ahead of 2019.

In the light of the abolishment of the former platform, all our media practitioners have been assured not to worry, as new watsapp and Facebook messenger platform for the Rivers APC New Media Team is been created to replace the former.

In the interim, Mr Boniface Akpana has been mandated to urgently create and administer a whatsapp and messenger chat group to replace the disbanded one.