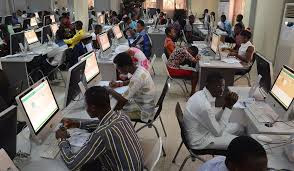 With effect from 2017, candidates sitting for the Unified Tertiary Matriculation Examination would have to spend two hours instead of three hours, the Joint Admissions and Matriculation Board, said on Wednesday.

According to JAMB, a total of 240,000 candidates have so far registered for the examination which has been scheduled for May 20, barely one week after the commencement of the sale of forms which is expected to end on April 22.

The organisation said the reduction of hours was in line with international best standards and practices where no candidate is kept in an examination such as UTME for more than two hours.

The Registrar/Chief Executive of JAMB, Prof. Is-haq Oloyede, stated this in Kaduna, during the opening ceremony of a strategic planning retreat on the monitoring, supervision and evaluation of 2017 UTME with the theme: “Inclusiveness and sensitisation of key external actors.”

He said, “We are going to reduce the duration of the examination for this year’s UTME. You cannot keep children of this age for three hours. For their age, the maximum time you can keep them is two hours. So, we are considering the reduction in the time they spend because once it is more than two hours you can’t expect that they will retain their presence of mind.”

Oloyede adde that out of 13 commercial banks and the Nigeria Postal Service that have signified interest in the sales of the admission forms, only nine have paid for the number of application documents they required in the first instance.

Come into the Creeks and Arrest Our Members, NDA Challenges Military