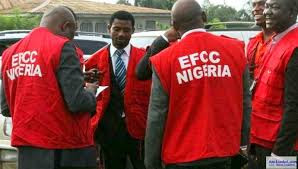 A senator is the subject of a massive probe for not executing N4 billion contracts awarded by the government of Delta State, The Nation learnt yesterday.

Sources told The Nation yesterday that the Economic and Financial Crimes Commission (EFCC) was also looking into how the lawmaker operates 20 accounts in six banks with different signatories.

Besides, the senator allegedly used a company, to buy a 12-storey building in Apapa, Lagos, belonging to the Delta State Government for N805 million.

The Nation learnt that the Code of Conduct Bureau (CCB) record showed that the senator  “did not declare all the companies and bank accounts he has despite being operational prior to the time he made the declaration”.

The senator’s investigation, a source said, followed a petition from  Delta State.

The petitioner alleged that the senator owns a firm which was awarded a N1,580,000,000 contract by the Direct Labour Agency to supply construction equipment.

Instead of following specifications, the petition said, the senator allegedly supplied used equipment, contrary to the Bill of Quantity which specified new ones.

Besides,  his firm was alleged to have  secured  over N2 billion contracts from nine local government areas in Delta worth over N2billion when it was yet to be registered under the Company and Allied Matters Act.

The firm was alleged to have  secured N474, 936,000 contract from the Waste Management Board  to supply bulldozers, payloaders and tipper lorries.

The, EFCC, however, found out that the equipment were used items contrary to contract specifications.

A source in the anti-graft commission said: “We have traced five companies to the senator.  We were able to detect that in the course of contract execution, his company  imported and supplied used equipment, contrary to the specifications in the bill of quantity.

“Our team has discovered that the senator’s personal and companies’ bank accounts were linked to a bank verification number (BVN) which has more than 20 accounts domiciled in six banks.

“But his relative is the sole signatory to the accounts.

“They also located  one foreign account identified with the senator in HSBC Bank in Marbile Arch London, United Kingdom”.

Responding to a question, the EFCC source added: “So far, the senator has questions to respond to bordering on false asset declaration, official corruption, procurement fraud, tax avoidance, false information, impersonation and embezzlement of public funds.