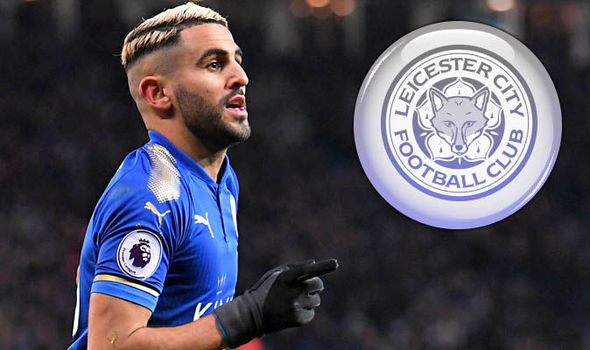 Riyad Mahrez hit back at accusations he had gone AWOL since being denied a move to Manchester City after returning to training with Leicester, paving the way for a possible return for Saturday’s visit to City.

Mahrez, 26, has missed two Premier League matches and had not trained with the team since the move he desperately wanted to runaway leaders City fell through due to Leicester’s demands on January 31, transfer deadline day.

“Over the past 10 days many people claiming to be my friend have spoken about me and things they know nothing about,” Mahrez said in a statement carried by the Leicester Mercury.

“Off the back of that many people and journalists have made assumptions without properly checking the story, so I would like to clarify that all those so-called assumptions of why I was absent are completely untrue.

“Myself nor my advisors have ever made any statements about that so all presumptions made are totally without foundation. Leicester City were always aware of my whereabouts and had knowledge of my thinking either directly or via my advisors.”

Leicester have struggled without their star midfielder, losing 2-1 at Everton before drawing with struggling Swansea City 1-1 at home last weekend.

“Riyad Mahrez has today returned to training with the Leicester City squad,” Leicester said in a statement, whilst a video of a smiling Mahrez training was also posted on the club’s Twitter feed.

“Riyad remains a greatly valued member of Claude Puel’s squad and is focused, together with his teammates, on achieving further success with Leicester City.”

Mahrez’s sudden U-turn could see Puel provide him with the perfect platform with which to show City why they should maintain their interest when the transfer window reopens in the summer.

“I want him to come back soon and play, because we enjoy watching him,” said City boss Pep Guardiola on the prospect of facing Mahrez.

“I hope he’ll come back soon with Leicester and play at his level.”

Mahrez: Manchester City should play PSG ‘like we did against Chelsea’

Chelsea vs Man City: Three mistakes i made against Guardiola’s men – Tuchel lists

Missing of Penalty: Nobody is more frustrated and disappointed than me, says Bruno Fernandes