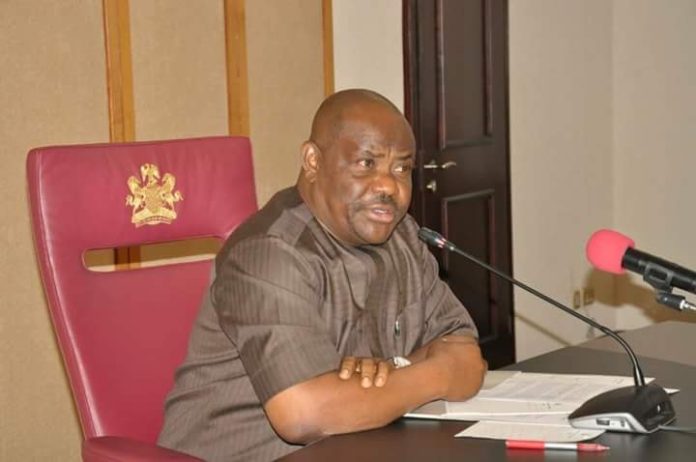 • Fakorede says he was slandered in publications

The Inspector-General of Police, Ibrahim Idris, has ordered the Rivers State Commander of Federal Special Anti-Robbery Squad (F-SARS), Mr. Akin Fakorede, an Assistant Commissioner of Police (ACP), to sue the government for libellous publications against him.

A May 17 letter, signed by the IGP’s Principal Staff Officer (PSO), Usman Umar, authorised the commander to sue the state.

The letter, passed through the Commissioner of Police, Zaki Ahmed, reads “I refer to your letter No. CB:3960/RVS/VOL.1/3, dated May 16, 2018 with its attachment on the aforementioned subject (request for authorisation to seek legal/civil remedy against continuous publication of false, malicious and libellous publications against ACP Akin Fakorede by the Rivers State Governor, Ezenwo Nyesom Wike, and agents of the Rivers State government) and respectfully convey the approval of the IGP that you direct the officer (Fakorede) to go to court, please.”

The authorisation to sue Wike and Rivers came after IGP exonerated the commander in Rivers of allegations levelled against him.

Fakorede, a lawyer, in his request for authorisation, with reference number: CB:3960/RVS/F-SARS/VOL.2/8, addressed to IGP, passed through the commissioner and dated May 15, said he wanted permission to institute legal action, seeking an injunction against the continuous publication of the false advertisements against him.

The F-SARS said: “In the last one month, the Rivers State government has taken up paid advertisements on the front and inside pages of major national daillies in the country, alleging falsely that some staff of the Independent National Electoral Commission (INEC), specifically one Mary Tunkoyo and Dr. C. Odekpe were assaulted by my person and I am presently engaging in the plotting, training, recruiting and arming of a special squad in Kaduna, Abuja and Port Harcourt, for the purpose of rigging the 2019 elections.

“These allegations are not only false, but are very malicious, more so considering the fact that the so-called INEC report has been investigated extensively by the IGP’s Special Investigation Panel and I was completely and totally exonerated from blame, as the evidence of all the parties attest to our (F-SARS operatives’) good work of protecting INEC staff under attack.

“It is my humble appeal that I be granted the authorisation of the IGP to seek an injunction against the malicious publications, which are causing irreparable damage to the image of the Nigeria Police Force, my reputation and the good name of my family.”

Wike claimed Fakorede  was indicted for the 2015 elections and rerun, and allegedly colluded with the All Progressives Congress (APC).

The IGP’s  December 7 letter of exoneration, signed by the Deputy Force Secretary 2, DCP M. C. Mukaddas, addressed to the then Chief Superintendent of Police (CSP) Fakorede, Akingbade Victor, read: “You will recall that you were queried for act of serious misconduct, vide letter: AP: 41985/FS/FHQ/ABJ/13 of March 9, 2017. The IGP has carefully considered your representation to the query and found that you are not blameable.”

“He (IGP) has decided that you be exonerated and you are hereby so exonerated, with effect from December 5, 2017. You are to acknowledge receipt of this letter through the appropriate channel, please.”

Wike, however, claimed page 66 of the report of INEC into the Rivers rerun indicted the F-SARS commander in Rivers, alleging that Fakorede was accused of hostage taking, hijack of electoral materials and physical attacks on INEC’s officials.

Wike called on Rivers people and lovers of democracy to stand up and say no to any officer who would steal their votes and still assault the people.