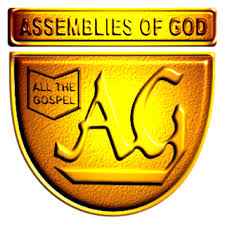 * Only the plaintiffs Rev is allowed entrance because his house is within the premises.
* The reason for allowing the plaintiffs Rev access to his house is because, the defendants attempted forcing him out of the church house in 2017, that Gyel no1 (the first AG structure in present Jos District) is the headquarters of those loyal to Rev. Emeka. In the process, they broke one of the legs of the plaintiffs Rev. The issue was taken to court as a criminal case against one Mr Ibrahim who championed the eviction of the Rev, judgment was given against the accuse with a fine of #390,000 or to serve jail term, they paid the fine.
* The plaintiffs decided to hold their weekly activities outside the church premises to avoid crisis, pending the determination of their case.

* The plaintiffs through their council filed and moved a motion on notice praying for interlocutory injunction against the defendants, the court gave an order for the church to be opened for the plaintiffs to also have their activities and service, since they both had agreed on sharing time for their different services. The defendant disobeyed the order.

* On the next adjoined date, the plaintiffs council reported to the court but they claimed nobody served them with the court order and that their council never told them, the court registrar was then ordered to ensure they were served. The case was then adjoined to the 17/5/18. The order was then served on the defendants but yet they refused to open the church.
* Before the next adjoined date, council to the defendants, one Barr Mwadkong (Mrs) wrote the court of her resolve to pull out of the case, that she will no longer represent the defendants.
* On the 17/5/18, the court asked the defendants council to state her reason(s) for backing out, she stated as follows:
– That her clients are not law abiding, they don’t respect court order.
– They never accept her advice, and
– That her clients claimed that the judge is bias on the grounds that the judge is a class mate to one Eld Da Gyang Mali who is among the plaintiffs.
* Barr Mwadkong then handed the case file to the defendants new lawyer from the chamber of Barr S I Bashiri.

* The court asked to know the said Eld Da Gyang Mali and asked of where he did his secondary school. The said Eld came forth and told the court that he schooled at former Gyel Commercial Collage Bukuru, now Zang Commercial Second School Bukuru, worked and retired as a Director Finance with the Plateau State Health Management Board. The judge on the order hand did his secondary school at Govt Collage Keffi, now a high court judge. The judge sought to know where and how they became classmates but no response.
* The court frowned at such wrong claim, warning the defendants not to tarnish his image and also told them that they are at liberty to transfer their case to any court if they fell he has taken side, they apologized and pleaded with the court to proceed with the hearing of the case.

* On the 17/5/18, the defendants members came to court in a large number with other members from both within and outside Jos District, with the soul aim of preventing the court from remanding the defendants for contempt of court order.
* Their new council then prayed the court to grand him adjournment to enable him study the case file.
* The Cort adjoined the case to the 28/5/18 for continuation!
* All they are doing is deliberate, just to buy time because they well know that the case will not favor them.

Assemblies Of God Wuse Resist Attempts to Take Over Their Church...