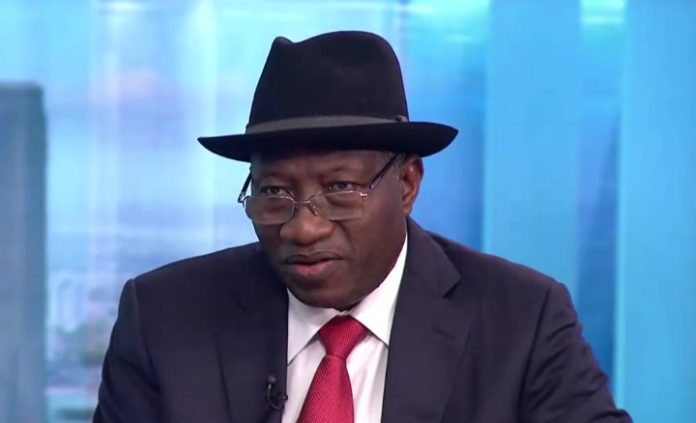 …warns Buhari not to use powers to weaken democracy

Former President Goodluck Jonathan says he is ashamed that Nigeria is now being used as a negative example in the international community.

He cited recent instances when the Ghanaian President, Nana Akufo-Addo, mocked the poor state of security in Nigeria and the naira’s weakening status.

Jonathan spoke at the inauguration of the first bridge built by Governor Ayodele Fayose of Ekiti State in Ado Ekiti, the state capital, on Friday night.

The former President lamented that things were so bad in the country that Nigeria had lost its respect in Africa.

He said, “He (Ghanaian President) said Ghana is not like Nigeria where cattle roam the streets. At another occasion in the United Kingdom, he made scathing remarks about Nigeria’s currency.

“I feel ashamed as a former President that the president of a neighbouring country used Nigeria as negative examples.

The former President, therefore, urged Nigerian leaders to show serious concern, noting that many things had gone wrong in the country.

He praised the people of Ekiti for their support for the Peoples Democratic Party, urging them to support the youthful candidates of the party in the election.

Jonathan described Fayose as an exemplary leader and loyal party man, who had done the PDP proud in all areas.

He said, “I don’t believe anybody can defeat the PDP in Ekiti if election is going to be held.”

He said, “I use this opportunity to call on Mr. President because I was there before. When you are there, there is so much pressure on you to use your power to subjugate democracy.

“Don’t do that because when you are going; the only thing you leave behind is your good name. If you use it wrongly, posterity will haunt you. I call on Mr. President to use his power to strengthen democracy.”

Jonathan also defended Nigerian youths, saying they were one of the best in the world and should not be branded lazy as recently remarked by Buhari.

At the event, Governor Ayodele Fayose said the 77-member election committee raised by the All Progressives Congress for the Ekiti governorship election showed the desperation of the party to win at all costs.

“I will defeat them by the grace of God,” he said.