Home PUO OPINION Vultures In The House Of God. By Chukwudi Ogbu 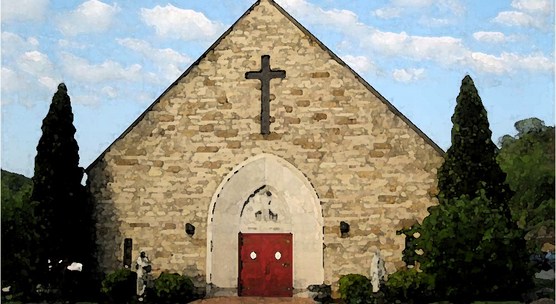 Spread the post
The house of God now, seem to be in shambles. The church now is in severe crisis. The Bishops are tendering their resignation letters. They have been accused of child sexual harassment. This is downgrading the church. Its image is gradually diminishing to its own pitfall. It must be redeemed immediately. The Pope must give strong directives. The Bishops must act urgently.
The house of God is not a place for robbers. Condemn it. The presidency must not destroy the church with money. The house of God must not be divided with mundane pleasure. The priests must work in the duty of chastity. The Bishops must choose their sworn celibacy. The glory of God must be restored.
The church, before now used to be a place to give thanks and tithe to God. But now, it is a den for robbers. Tithing is ignored. They only tithe when it is tight. A man who had sinned a day before, runs to the church. He gives fat envelope as offerings. He sits on the front pew. Drops a written figure on paper for church colonnade. The priest without hesitation cleanses him of his predicament.
He tells him he his whole again. He his goad to return back to his former life. More dangerously. The vultures now feed on him because his soul is lost. Perhaps he has no soul.
The soul of every man has a destination of – rest or torment – after death. We must Choose wisely!
While Jesus was still on earth, he chastised thieves in the church. The thugs used by politicians to play lottery in our church. He was sold right there in the church by a vulture.
The Christian Association itself is in chaos. It must be redeemed too. It must not just protest in the street with disguised agony. It must wipe away controversies. The presidency must not mourn our brothers and sisters with just black outfit. But they must make their heart black against the crime and its perpetrators.
The bloodletting of Christians by the ravenous herdsmen and Bokoharam terrorist must stop. It must not continue!
Their vultures may have come home to breed on us in the church. But Our chickens must now, come back home to roost before they are hawked and devoured by the vultures.
The Pope must caution the Bishops. Or God will surely judge their papacy. The sexual scandal must seize. These killings must stop. Now!
The Catholic Bishops conference said the government has to come out clearly to condemn the killings of Christians. But the Christian Association of Nigeria sit down to argue within themselves against the money received from the Presidency. They say it’s 20million others say its 40million. It does not matter the amount. Yes, the structure of the church will be built with money.
But why should they allow the things of the world to disorganise the Church? The Bishops should know better.
Let everybody get his cake.
We will not forget the April 21, incident in st.Ignatius  Parish so quickly. The memories of the 19 Christian souls still remain fresh.  The vultures  are awake. Ravenous. Ready to consume more. They can only devour the flesh, but the spirit and soul is very much preserved in Christ Jesus.
Leah sharibu may have been captured by these vultures because of her faith in God. Her soul is preserved by angels in white robe. But let the activities of the church not make her contradict her faith in God.
What has the church done concerning the massacre at Ozubulu where precious Christian  souls were murdered on the early morning mass?
Are they still relying on the government to take drastic actions alone? Then they are making a serious mistake. Statistics showed that 492 Christians had been murdered since January. It appears that this figure will increase. If nothing is done. These are humans, they are not animals!
These vultures in the house of God must be fished out and persecuted. They must not be allowed to lay another bad egg.
Chukwudi Ogbu is a guest writer with PUO REPORTS

Hope rising for Ariaria Shoe makers and others…