Home PUO NEWS Dino Melaye: I was on top of tree for 11 hours 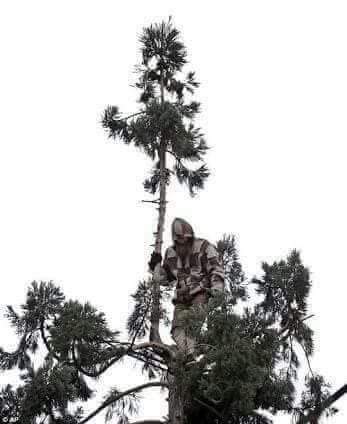 Senator Ben Murray Bruce alleged that Melaye was abducted on Thursday when he was expected to attend a court sitting on illegal arms possession in Lokoja, the Kogi State capital.

Malaye told reporters yesterday that he was not abducted by some “gunmen”, who he alleged tried to attack him, but he escaped into the bush “to avoid the attack”.

Many Nigerians took his reported abduction with a pinch of salt going by social media comments.

Melaye said he left Abuja early in the morning on Thursday to Lokoja, when he realised that a Siena car was trailing him.

The occupants of the car, he said, overtook, block and started shooting at his vehicle.

He said when the suspected assassins realised that his vehicle was a bulletproof one, they halted his movement and attempted to burn his car.

Melaye said: “When I realised that they wanted to burn my vehicle, I quickly opened the car and ran into the bush. I had to run for my life. It was the grace of God that made me to escape.

“When I got into the bush, I climbed a tree and stayed there. While on the tree, I saw two of the policemen coming to look for me, but they didn’t know I was on the tree. I was in the bush for 11 hours.

“My brother that was in one of the vehicles didn’t know what happened. So, he had to raise an alarm that I was kidnapped. He went to the Gwagwalada police station and reported the matter. At first, they wanted to act, but when one of them made a call, they started tossing my brother up and down.

“They then asked him to go and wait for them at the scene, that they would join him. But he waited for more than 45 minutes, they didn’t come. So, it’s not true for the police to say that none of my family members reported the matter.”

Melaye noted that the claim that he staged his alleged kidnap to avoid attending the court session in Lokoja was not true.

He said: “If anything happens to me, the Nigerian Police and (Kogi State) Governor Yahaya Bello should be held responsible.

“I went through four assassination attempts as a senator of the Federal Republic of Nigeria, but the President remained silent. Definitely, I’m going to call the attention of the international community.

On his defection from All Progressives Congress (APC) to People’s Democratic Party (PDP), Melaye said the PDP under the leadership of Uche Secondus was sincere enough to apologise to Nigerians for its mistakes of the past and that the party was now poised to make Nigeria great.