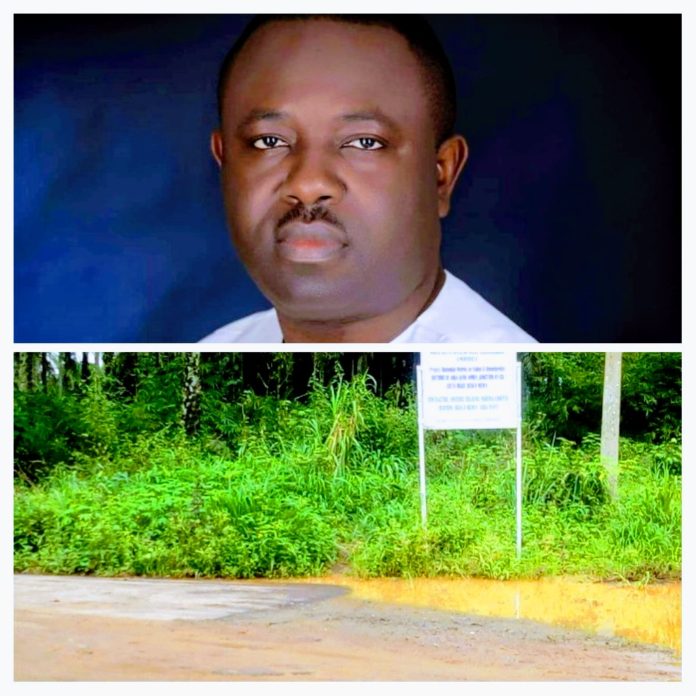 Since he took over the mantle of leadership in 2015, Governor Okezie Ikpeazu met several uncompleted projects by the Niger Delta Development Commission (NDDC) including the Ohanku road, in Aba, one he has continously asked the NDDC to come and complete it or make way for his caterpillar to step in.

It is worthy of note that, Governor Okezie Ikpeazu, has invited the Vice President of Nigeria Prof. Yemi Osinbanjo, and other notable Nigerians, outside his party affiliation to Abia State to commission several completed projects by his administration which includes the Abia investment House, the Skills Acquisition center at Umuobiakwa, many completed roads and many more, emphasis is: COMPLETED PROJECTS.

Recently, the Special Adviser to the President on Media and Publicity, Femi Adesina, was allegedly invited to Isiala Ngwa South LGA by the 2015 defeated governorship candidate of APGA, Dr. Alex Otti, to commission an uncompleted NDDC road project.

While it is the right of the good people of Isiala Ngwa South LGA, to enjoy the dividends of democracy from both the federal and state governments respectively, it will be improper to use such rights to score cheap political goals.

The said road is supposed to connect several villages and communities in Isiala Ngwa South and North LGAs but as at the time of the ‘commissioning’ a little above 25 percent of the project, has been done. The work currently stopped at Umuru junction from Eketa, neglecting other areas like, Umumbele, Umungalagu, Eziala, Amaku, Umuaro and the one connecting Nbawsi in Isiala Ngwa North LGA.
One would also wonder why the Media Aide of the president came to commission an NDDC project with no member of the NDDC board, visibly present, if not for cheap political gains by some politicians in Abia State.

Did Femi Adesina, get briefs from NDDC board and management, or ministry of Niger-delta on the workings of the Commission, if he did, why did he commission an uncompleted project?

Isiala Ngwa South LGA, is not an uncompleted LGA, the LGA is blessed and complete in human and material resources, it will be a slap on the faces of the good people of the LGA, to have an uncompleted project, handed over to them in the name of NDDC project.
The Okezie Ikpeazu led state government, is not ready to deal with already pilled up NDDC abandoned projects in the state especially as it is working to develop Abia for good.

We use this medium to call on the board and management of NDDC and indeed the federal government to look into this uncompleted road project and ensure that the people of Isiala Ngwa South LGA, get the best and will in no way be shortchanged in the development of the LGA.