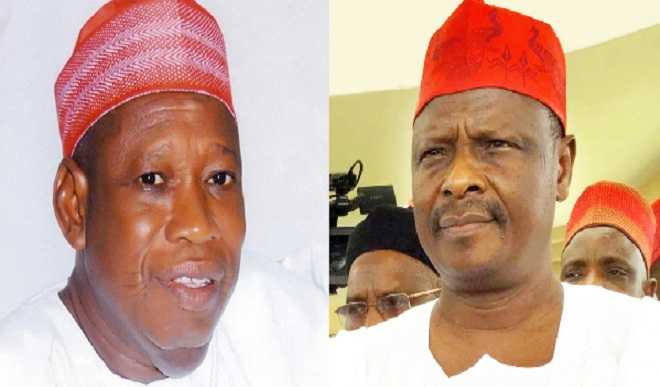 The ancient city of Kano is tensed over rallies being allegedly organized by the All Progressives Congress (APC) led state government against the Peoples Democratic Party (PDP).

It was gathered Monday night that youths have been mobilised across the 44 local government areas.

The sponsors were said to have heightened their plan after Kwankwaso and a former Kano Governor, Ibrahim Shekarau met in Abuja.

Kwankwaso, the Senator representing Kano Central, recently returned to the PDP with nine members of the House of Representatives.

According to Daily Nigerian, Kano government allegedly released funds for the protests Sunday night when the commissioner for Local Government, Murtala Garo and chairman of the state chapter of Association of Local Governments of Nigeria, ALGON, Lamin Sani, were summoned to the Africa House inside Government House, Kano.

“The staged mass protest against Kwanwkaso and Professor Hafiz is expected to start on Tuesday”, said a source.

Contacted on the development, an insider in the Kwankwaso camp told us: “We are aware of their plan and I can assure you that we’re not fazed”.

Reacting, Special Adviser on Media to the Governor, Salihu Yakasai, dismissed the planned protests as rumour.

Yakasai said the governor is a democrat who plays the game of politics according to the rules.

He added that Ganduje is not someone who fights or sponsors demonstrations against his political opponents.

However, Ganduje has exonerated himself on the impeachment of the Speaker of the House of Assembly, Yusuf Atta.

This is also as his deputy Hafiz Abubakar, has petitioned the Nigeria Police and State Security Service, SSS, over threat to his life and plot to remove him from office.