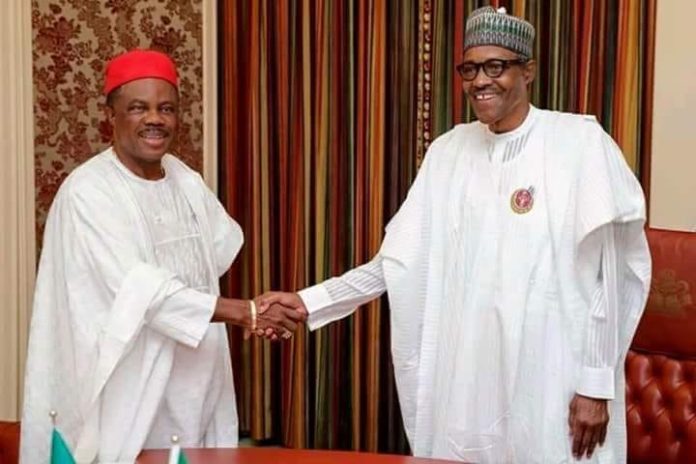 THE Federal Government has approved the refund of N37.95billion to the Anambra government out of N43billion owed the state for the repair and rehabilitation of federal roads and other intervention funds on federal government projects in the state.

The Senator representing Anambra Central, Chief Victor Umeh, who dropped the hint at Isu-Aniocha in Awka North local government area of the state during the inauguration of Senator Victor Umeh Support Group in the area, commended the state governor, Chief Willie Obiano for rehabilitating the roads, having realized that the roads would serve the people of the state.

According to the senator, there was every assurance that the federal government would soon refund the money and subsequently the remaining amount expended by the state government. He observed that the massive and progressive infrastructural development in Anambra by the Obiano administration through collaboration of the concerned federal ministries and agencies in the state had helped to improve infrastructural development in all parts of Anambra State. Umeh also assured the people of the senatorial zone that most of the communities in the zone would benefit from projects he succeeded in putting into this year’s budget, explaining further that his major purpose of going to the senate was to contribute his quota by helping the state get its share of federal projects.

He said that the level of work on federal projects ongoing in Anambra State was a turnaround from what obtained before the inception of Governor Willie Obiano’s administration in March 17, 2013 and appreciated the cordial relationship between the federal and the state governments.

He also spoke on the outcome of the election tribunal judgment that affirmed his victory in last year’s rerun election, adding that it would spur him to work harder for the people of the state in the senate.

The victory, he added, was also a confirmation that the Anambra Central Senatorial District and the entire state were for the All Progressive Grand Alliance APGA, adding that it was because of the solid followership of the APGA by people who made the opposition to resort to undue propaganda.

We Have Created A Favourable Investment Climate For Rivers State –...