The photos of their meeting, which were shared by Bolanle Cole on her Twitter handle, @bolanle_cole showed the former presidents chatting. The former first lady, Patience Jonathan also appeared in the photos. 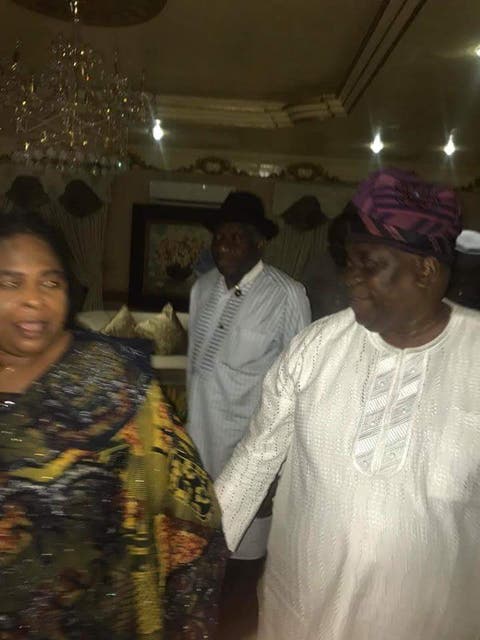