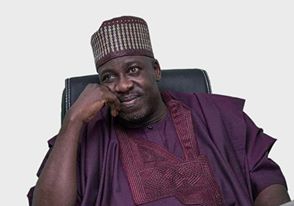 The National Publicity Secretary of the All Progressives Congress, Mr. Bolaji Abdullahi, has tendered his resignation to the party leadership, according to a statement he issued in Abuja on Wednesday.

On his unverified Twitter handle Bolaji Abdullahi @BolajiAbdullahi, he had tweeted:

“In view of recent political developments in the country and within the All Progressives Congress (APC), I have decided to resign my position as the National Publicity Secretary as well as my membership of the party with effect from today.

“In the last few days, I have had to endure the flagrant usurpation of my role as the spokesman of the party in a manner that I consider unbefitting of a ruling party and inconsistent with my ethical standards.

“I have served the APC honestly and to the best of my ability and when I stood for and won my election at the last convention, it was a keen desire to continue to do so.

“However, in a situation whereby my loyalty is constantly brought into question; my subordinates deployed to subvert my office; and my views constantly second-guessed on the basis of my political affiliation, it has become imperative for me to review my position.”

See the full speech as tweeted: 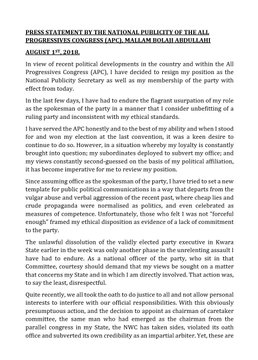 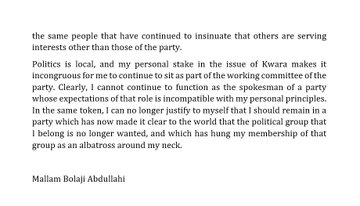 PRESS STATEMENT: Resignation from the APC