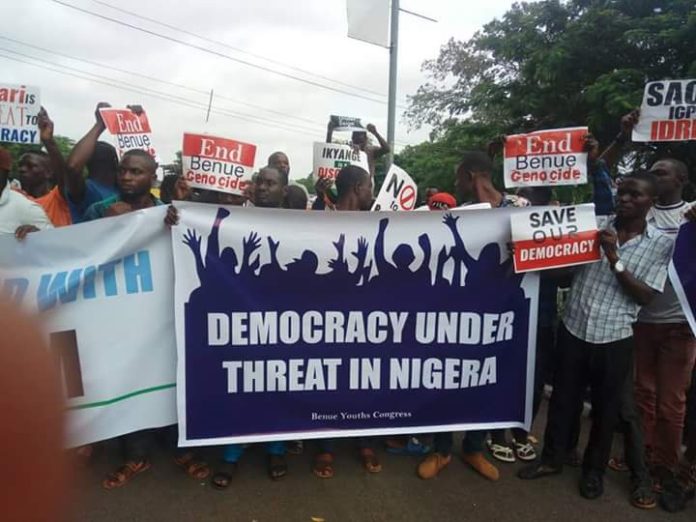 Over 5,000 youths drawn from various groups, on Wednesday, paralyzed commercial activities in Makurdi, the Benue State capital over what they termed police brutality in the State.

The protesters, who described former Benue State governor, George Akume a betrayal for selling out his people, noted that President Muhammadu Buhari was a threat to the nation’s democracy.

They vowed to stand by the state governor, Samuel Ortom despite the distractions from the presidency.