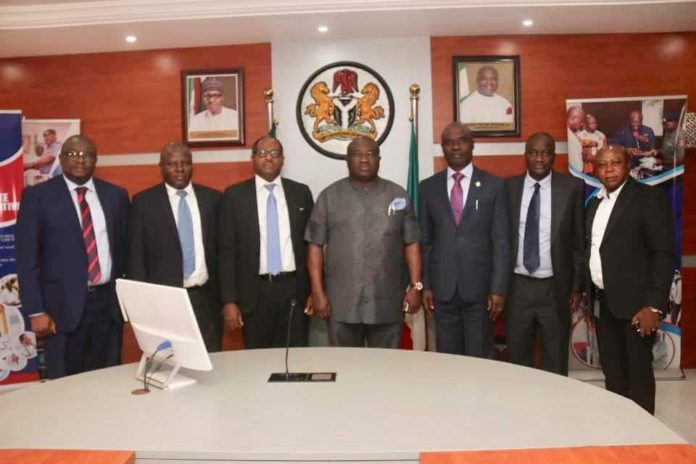 The Managing Director of Shell Nigeria Gas (SNG) Limited, Mr E. D. Ubong, has admitted that the multinational oil firm has not done enough for Abia State, where it has been operating in Owaza community in Ukwa West Local Government Area for over 60 years.

Ubong spoke in Umuahia, the state capital, when he visited Governor Okezie Ikpeazu.

The company chief noted that though the company had tried to impact the lives of some residents, but it had not done enough as “the first son” in meeting the expectations of the residents, as was the case in other states.

He also apologised to the government and people of Abia State, particularly the oil-bearing communities, for their long years of neglect, including Shell’s inability to return tax to the state.

“We thank you for your patience. We have had a long relationship with Abia State. And we know a lot is expected of us. We also know we have not done enough,” Ubong said.

He said Shell had enjoyed a robust relationship with the state for the years, adding that Abia is within the catchment area of the undergraduate and post-graduate scholarship of the company.

The company chief thanked the governor for the cordial relationship between the state and Shell.

He said the company would build a 10-kilometre gas line in the state to take gas to Osisioma and another to Ariaria and Ogbor Hill area.

Ubong, who said he had followed the governor’s achievements, especially in project delivery, maintained that the visit was meant to listen to Ikpeazu’s wise counsel.

He added: “We have followed you closely and we know you are a man of projects. Everywhere, we see you inaugurate projects. We will want you to come and see our construction site where you will inspect the gas line and give us the feedback on how we can improve our relationship with Abia State.”

Ikpeazu said he was bothered about the non-existence of Shell presence in the state, after 60 years of its operation.

According to him, Abia youths deserve some commendation for their peaceful disposition towards Shell.

He said: “Your plan is at the jugular of our focus. It fits into our vision. But you need to pay more attention to your host communities and ensure to engage them in your intervention programmes.

“Additionally, I think our youths deserve some commendation for being peaceful. Don’t wait for them to start breaking pipelines before you do what you are supposed to do for them.”

PDP to APC: Your ‘Coup’ Against Democracy Cannot Stand