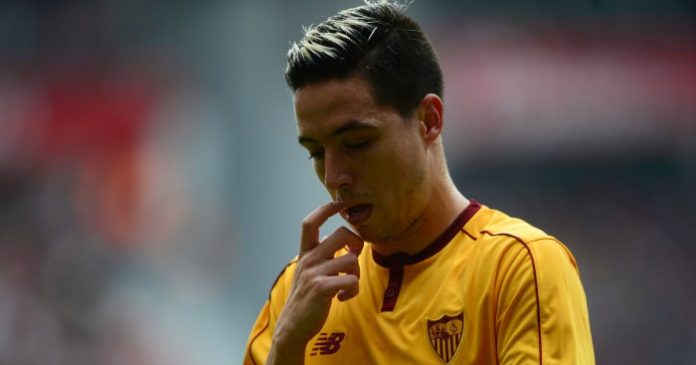 The attacker fell foul of WADA’s rules and, following a failed appeal, will not be able to return to training until November

Former Manchester City midfielder Samir Nasri has had his suspension for violating UEFA’s anti-doping regulations increased from six to 18 months.

Nasri was originally banned for six months after he received a drip treatment at a Los Angeles clinic in 2016, which UEFA said contravened rules laid down by the World Anti-Doping Agency (WADA).

But an appeal against the initial sanction by UEFA’s ethics and disciplinary inspector has resulted in an extended suspension, announced on Wednesday.

The ban is backdated to July 1 2017 and while Nasri made eight appearances for Turkish side Antalyaspor during that time, the 31-year-old free agent can return to training in November.

A statement from UEFA read: “The UEFA Control, Ethics and Disciplinary Body’s decision of 22 February 2018 is amended as follows:

“1. The player Samir Nasri is suspended for eighteen [18] months. This suspension will start running on 1 July 2017.

“2. The player Samir Nasri is allowed to return to training, with any football club starting from 1 November, 2018”

Ex-France international Nasri was pictured in a tweet posted by Drip Doctors in December 2016, in which they said he was being treated with “a concierge Immunity IV drip to keep him hydrated and in top health during his busy soccer season with Sevilla”.

Nasri, who was on loan at Sevilla from City at the time, asked that UEFA grant him a backdated therapeutic use exemption (TUE) that would have seen him escape any punishment for the treatment.

UEFA rejected his request and the Court of Arbitration for Sport (CAS) upheld the decision in December last year, after Nasri appealed.