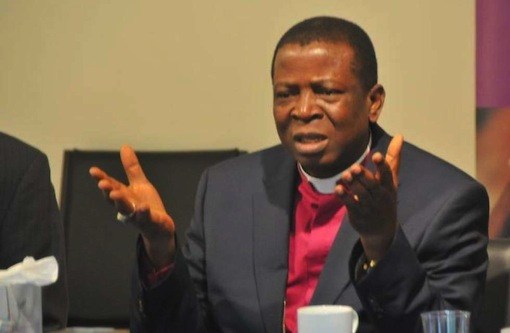 Most Rev. Nicholas Okoh, the Primate of Church of Nigeria Anglican Communion, on Tuesday in Abuja urged Nigerians to avoid politics of inducement but vote wisely as the 2019 elections were approaching.

The Anglican leader said this at the Carnival for Christ with the maiden Anglican symposium dedicated to all Anglican faithful, themed “Christians and politics”

He said Nigerians should join political parties and not complain of being sidelined because party politics was governed by philosophy and ideas.

He said ideas that politics was a dirty game should not scare Nigerians.

“Politics is the most important activity of organised life in society.

“If one tries to argue that on a macro basis, life without social or political thought is than one wrong,” he said.

He said political behaviour was almost entirely linked to social behaviour and interests and vice-versa.

The primate said nowadays some Nigerians often pompously declared that “I am not interested in politics”.

“To them, politics is some disreputable art of manipulating one’s way into positions of state power for personal and party gains.

“And they don’t look forward to being called a “politician” ever in their working lives. In fact, the word has almost gradually become a term of abuse.

“As far as the concept of politics is really concerned, this is a most naive and dumb notion,” he explained.

According to him, “in everything we say or do, we are taking a position that is actually a political position whether we like it or not. For politics concerns everything in life.”

Speaking on Christian and politics, the Anglican leader said praying for those in governance was a form of political activity.

He added that the bible said that Christians should make supplications, prayers and intercession be made to all, including those in higher positions that they may lead a peaceful and quiet life.

“If any form of other political activity is not possible, praying that political leaders would make correct decisions is the one thing that we all have the obligation to do as Christians.

“The government may not always do what we believe is best, they have been put in place by God for his purposes.

“Lets understood the need for Christian participation in politics. Government plays a role in the work of God’s kingdom on earth.

The cleric, however, said that it’s the prayers of Christians and their involvement in politics that would influence the people that God had put in place, so it was important for Christians to be active in politics in some form or another.

The vicar of Our Saviour’s Anglican Church, Durumi Abuja, Ven. Syrenius Okoriko, said that when Christians were rightly informed and motivated, they could change the characters in politics to moral standards of God’s kingdom.

“Christians will bring the moral standards of God’s kingdom into the civic realm and thereby become agents of God’s common grace of His provision for those who believe as well as those who don’t,” he said.

Okoriko said that Christians had a duty “to work through civil authority for the advancement of justice and human good”.

“It’s a pervasive responsibility. After all, politics determines whether we’re at war or peace.

“It affects the nation’s job supply, wealth creation and distribution, and property rights. It determines our freedom to speak, write and worship,” he said.

The cleric observed that religion tended to be important to people who cared about politics.

He says likewise, politics often matters most to those who care about religion.