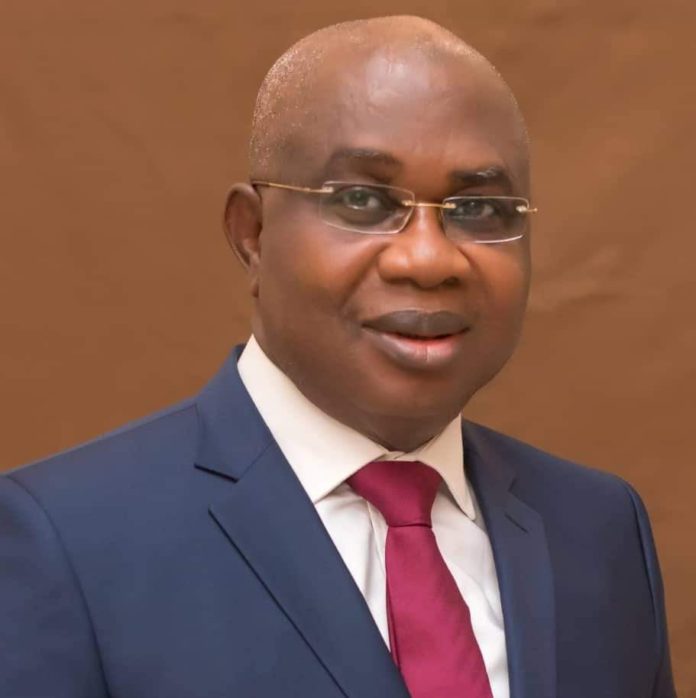 The Senator Sonni Ogbuoji campaign office has described as Greek gift, a “donation” of N1b from Prince Arthur Eze on Monday to Governor David Umahi in Abakaliki.

The office said it had thought there was an error or mix up in the announcement of the loan dubbed gift by a man that claims to be an APC chieftain to another that also claims to be the candidate of the PDP in the state gubernatorial race. That’s the reason we waited for a day to respond, Now we can confirm that that charade is the best the actors are made of and can give,

“We raise this caution because in 2015 Prince Eze had made similar masked donation of some billions to the same Umahi which we have facts that the state is still repaying the lender politician with interests.

We view this as a collusion by the two to trade with the future of the state for personal gains.
“Prince Eze has found a willing collaborator in shady political wheeling and dealing in Governor Umahi and taking the entire state and its future captive in this gamble. “
The Ogbuoji campaign office alerted that what happened on Monday is a clear confirmation that Umahi isn’t any longer fit to be entrusted with the future and leadership of our state. If he could return to his old ways of borrowing to prosecute his political campaigns at the expense of the state then none is left in doubt about his ill intention.

Again, what appalled us most is the unhealthy amalgam of party disloyalty and affiliation of the two persons involved. While they claim to belong to different parties, how come they are traditional partners in extending loans to the same person at campaign times. Eze never gave such coded gifts to any other candidate or state apart from Umahi from time to time.
If a man can urge voters to vote President Muhamadu Buhari and Umahi of fPDP you don’t need to look far to see the sinister motive of the two. If an incumbent governor can go this far in desperation to go grabbing money without a pinch of morality and betray his own party, it leaves nobody in doubt about the credibility deficit playing out.

What we urge Ebonyi is to watch closely what goes on as we are happy this happened to erode every doubt about what we had already known. We sincerely warn Ebonyi voters to be wary of Umahi and his collaborator in dubious and enslaving loans.

After our liberation from the ilk of Prince Eze after the creation of Ebonyi State, we would not accept to return to such slavery. It’s too late now.

It important to recall that the same Prince Eze single-handedly picked a candidate for APC in the Anambra gubernatorial election and also financed his campaign, if he is the political mega force he claims to be, why didn’t his candidate win,,? Because Anambra know him so much and the implication of he dictating to them in who leads them.

But he runs to Ebonyi where he thinks the people can be fooled.
We also urge our people after watching this drama to act wiser and vote out Umahi so that he repays his loan master from his own pocket and not from Ebonyi resources.”

Funny enough, while Umahi was privy to the endorsement of PDP presidential candidate by Igbo leaders two weeks ago, he turned around to pitch camp with the opposite personality for the sake of desperate lucre to advocate contrary endorsement. We are not surprised because character is like daybreak and cannot be hidden. But Ebonyi is wiser now than in 2015.”

Abia 2023: No Individual, Group Of Persons Can Dictate To The...