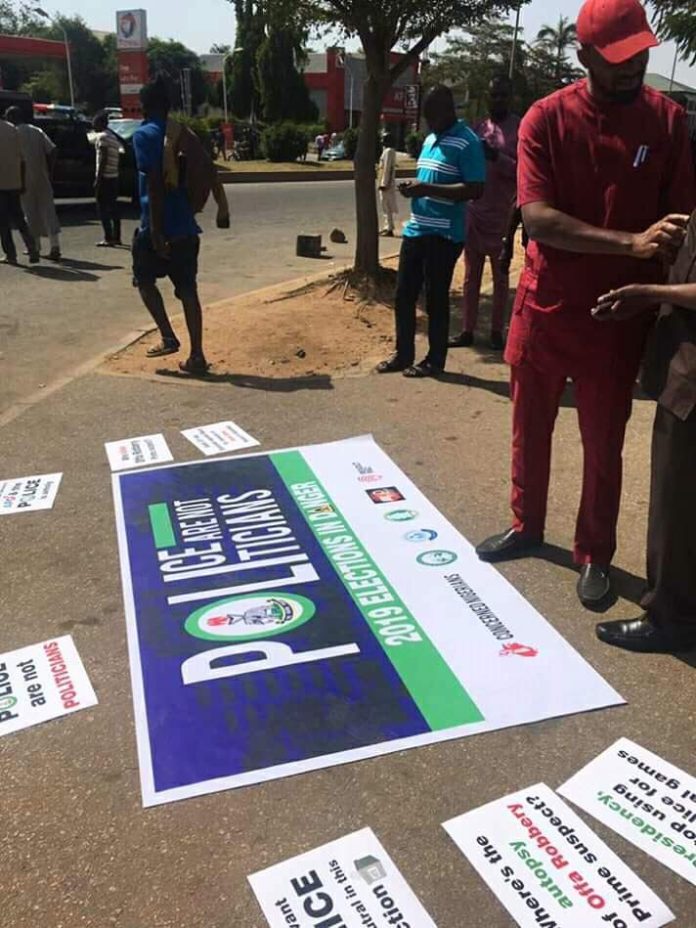 Deji had announced through the social media at 1:18 a.m midnight that his group would embark on the march tagged: “Police are not politicians”, with subtags “2019 Elections in danger”, “This rally is about saving our democracy”.

While other members of the ‘Concerned Nigerians’ group have decided to proceed with the march as planned, no further details have emerged concerning the arrest of the convener of the group.

The spokesperson for OurMumuDonDo, Raphael Adebayo, who is part of the march, said: “‪There is no going back as the rest of us are now marching to Force HQ”.

It would be recalled that Adeyanju organized a similar ‘SOS Democracy Rally’ at the US Embassy last Friday where he called on world leaders to put pressure on President Buhari to allow free and fair polls in the forthcoming February 2019 elections.

Deji lamented ‘Threat to Democracy’ and ‘Elections in Danger’ citing situation such as the Service Chiefs attending President Buhari’s campaign flag-off; elections being between security agencies and opposition;‬ helplessness of the Independent National Electoral Commission (INEC); and the Electoral Act Amendment.