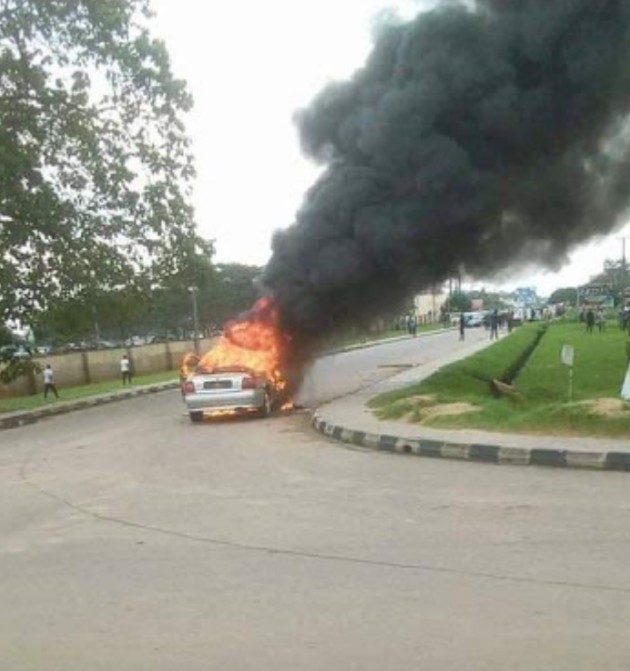 The crisis in Akwa Ibom state House of Assembly took a disturbing turn this morning as a young man reportedly drove this vehicle to the entrance of the complex, and set it ablaze.

The Car on fire
An eyewitness told Igbere Tv that the young, likely in his fourties, stepped down immediately he arrived at the Assembly gate, set the car on fire and absconded.

The incident caused pandemonium as bystanders scampered for safety, not knowing what next come.

The opposition party, APC has been involved in several activities fueling tension in the state.

Akwa Ibom has been a peaceful state until the defection of former governor of the state, Senator Godswill Akpabio.

The situation worsened following a statement credited to the distinguished Senator alluding that his party, APC will take over the state like the military invasion of Poland by Germany in the last century.

Thugs loyal to APC were captured in the state capital recently with military uniform and armed with guns.