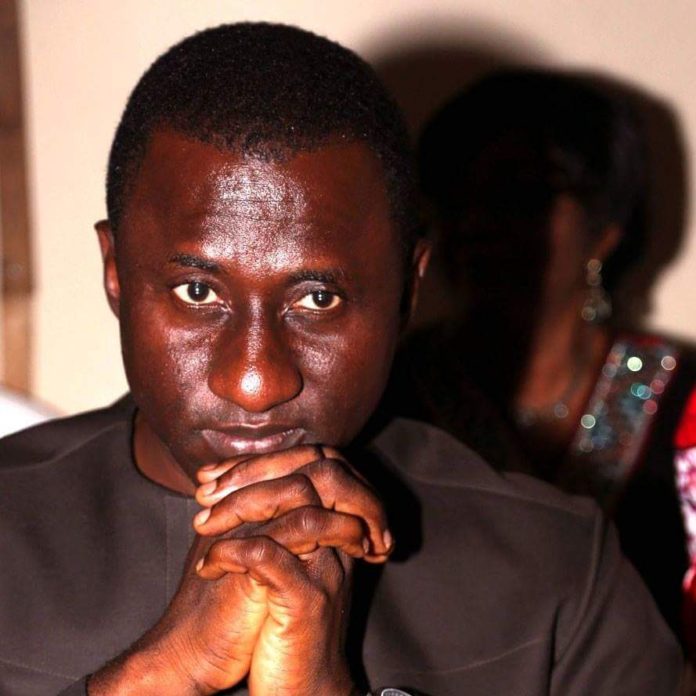 This letter to you today, is to openly let you note my concern and give you a piece of history as well as allow you an ample time to retrace the genesis of your travails in this political environment as the factional governorship candidate of the All Progressive Congress in Abia State.

History has a way of playing back at us. Going by what befell the Donatus Nwankpa’s faction of your party at the Federal High Court in Kubwa,Abuja, it is safe to say that the uncharitable attitude of yours in 2016 towards the People’s Governor of Abia State Dr. Okezie Victor Ikpeazu has began to pay you back in your own coin.

The purpose of this article is not to make mockery of your ignorance of what politics entails, but to bring you to speed and ask that you take a walk down the memory lane to learn few things about the law of Karma.

In case you have forgotten Sir, let me remind you the background of what is currently hunting you.

At the early hours of 30th June 2016, we were seated at the Abia State University Auditorium, Uturu, ahead of my principal Dr Okezie Victor Ikpeazu, who was enroute to the institution to deliver a lecture as an eminent lecturer, when my phone rang. The voice at the other end was shaky but was enough for me to get his information. He said that you (Uche Ogah) has just been given a certificate of return and is headed for Abia State to be sworn in as the Governor.

Like a shot in the back, I was still asking why, how, when? I didn’t know when the line went off. I entered a car with my friends and colleagues Mr Newman Ubani and Nelda Okafor. The interaction in the car centered on how INEC could act so fast on a decision at the court of first instance even when Dr. Ikpeazu had appealed the judgement.

One of our greatest surprise was that INEC through its national commissioner in charge of South East, Mr Lawrence Nwaoruku presented the certificate of return to you Sir, when Dr ikpeazu, through his team of 4 Senior Advocates of Nigeria, led by Chief Wole Olanipekun, SAN, had applied for an order restraining the beneficiary of the court verdict , Mr. Uche Ogah, and the Independent National Electoral Commission, INEC, from executing the judgment of the federal high court.

What was more confusing was that Justice Okon Abang gave a ruling on the 27th day of June while INEC already crowned you on the 30th, leaving pundits to wonder how you managed to get the INEC to turn the law upside down despite the fact that you never contested any election in Abia State nor did you contest the outcome of the primaries that produced Dr. Ikpeazu.

After receiving the certificate, you headed for the Nnamdi Azikiwe International Airport, Abuja, where you took a chartered plane for Sam Mbakwe International Cargo Airport, Owerri, Imo State capital, on your way to be sworn in as a Governor in Umuahia.

Fast forward to this day, Sir, the judgement of Kubwa is just one of those paybacks from Karma.

I have read on social media and other reputable platforms how you have been able to apply for stay of execution of the judgement that seems to recognize Chief Ikechi Emenike as the authentic APC candidate for Abia gubernatorial race in 2019.

Sir, the joy and happiness over the stay of execution entered by your team of lawyers defeat your person and belief as someone who does not believe in due process. Your stand when it benefited you, was that the appeal court should disregard the stay already entered by Dr. Ikpeazu’s team. I recall openly asking that you allowed every level of the court processes to follow without having to come to Abia to disrupt the peace that was existing. You were addressed as the Governor, you disregarded every known legal procedures, you went ahead to tarnish the image of Abia (Your own State) before the world, all in your quest to benefit from another person’s effort.

I am so shocked that your team is celebrating what you never agreed for another person. You will ordinarily feel cheated, you will feel victimized if you are denied the stay and INEC goes ahead to substitute your name with that of Chief Ikechi Emenike. The same INEC you pressured upon to act on the dictates of the FHC in 2016.

Sir, it’s either your lawyers are extorting you or that your past is playing tricks on you, but I can easily come to your rescue with my advice that you stay off politics until you learn the ropes and stop being People’s Bank for their selfish desires.

I heard from your inner team members that you are being pushed by outside forces to move ahead, Sir, the truth is, you don’t have anywhere to go and your masters know that. They are pushing you as they did in 2016 until you spent almost all your resources, to the point that you couldn’t pay your workers bills for months, resulting to insolvency that propelled the shutdown of all your investments in Abia State. They have started again. As a concerned Abian, it’s time to quit and face your business.

Your lawyers are lying to you. Before you know it, you have spent the remaining money to their benefits while you’ll retire home and wonder what came over you. Bear in mind that history is simply playing out, before you know it, you will be dragged to every level of the court till you feel the same thing Abians felt when you distracted the state government for over two years.

Sir, what you are seeing is apparition, there is nothing for you in APC. This court process is just the beginning of your failure at the poll.

Take my advice seriously. I hope this meets you well.

2023: Obinna Ichita and the Madness of an Ambition By Micheal Chijioke

Ikpeazu to Complete Port Harcourt Rd, Others, Before End of Tenure

Paris Club Refund: Obinna Oriaku and the Hypocritical Magnanimity of an Accuser… By Toby Chuks

The Desperate Agenda Of An Evil Tyrant… By Femi Fani-kayode