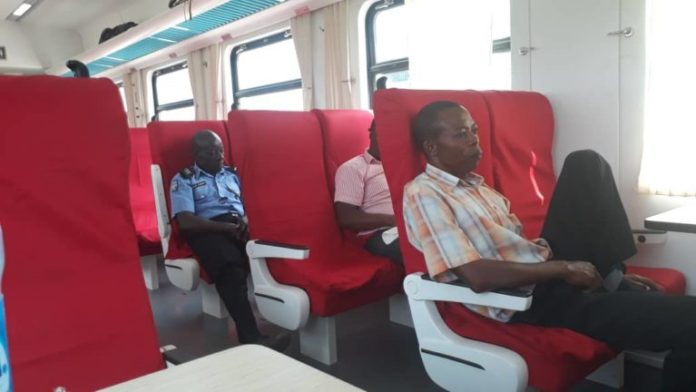 One-week into the test run of the Warri-Itakpe rail line, the Nigeria Railway Corporation (NRC) said the train service had been suspended for a week to resolve security challenges.

Sanni Abdulganiyu, the Coordinator of Warri- Itakpe train service, disclosed this in a telephone interview with the News Agency of Nigeria(NAN).

Abdulganiyu, an Engineer, said that some minor challenges were expected in the operation, which was the main idea of the test run, which would be worked on, to get a smooth operation.

He said that there won’t be operation till Dec. 10.

According to him, this week the train originated from Agbor because there was no security in Warri and also couldn’t get to Itakpe because of the lack of security due to the location of the station.

”The operation was not too smooth. Normally, when you start a project like this, you will expect to have some problems before you can really settle down, it is like start-up challenges,” he said.

Abdulganiyu said that all the technical problems would be resolved and discussions were ongoing on the issue of security.

“We are already discussing with security companies that can provide us security at Warri, so that we can originate from Warri and we have sorted the technical problems,” he said.

According to him, the people were so happy with the government over the project and hoped that the service could meet the high demand during the festive period because they operate once a day for now.

NRC commenced the Warri -Itakpe train Service on Monday Nov.26 and was scheduled to originate from Ujevwu in Warri and terminate in Itakpe, Kogi.

Mbappe: I tell myself I’m better than Messi & Ronaldo