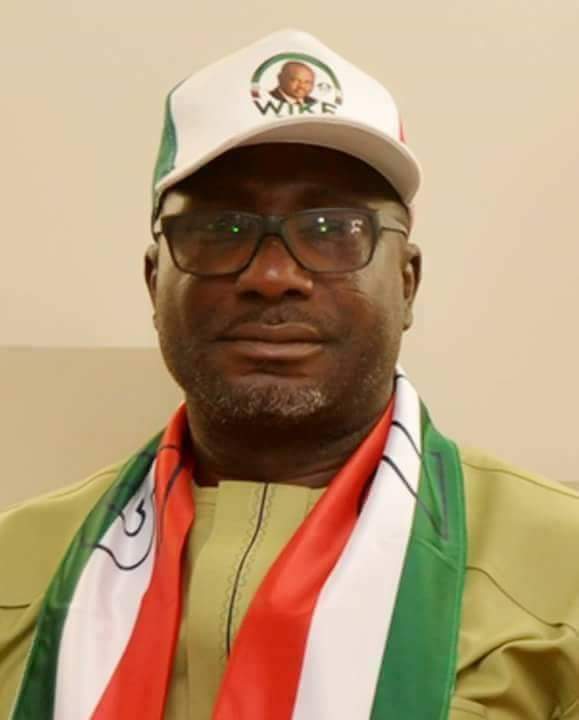 The Chairman, Rivers State chapter of the Peoples Democratic Party, PDP, Bro Felix Obuah says he is willing and ready to host the controversial governorship candidate of the Accord Party in the State, Dumo Lulu-Briggs on a guided tour of some landmark projects executed by the Wike administration across the State.

Reacting against the backdrop of a statement credited to Dumo Lulu-Briggs while speaking a radio programme, claiming not to have seen anything done by Governor Wike since inception of office, the PDP chairman said such remark could only be coming from a desperate office seeker with blurred vision, a confused stranger or outright blatant liar.

Politics, according to the PDP chairman is all about new ideas and party ideology and far from denying obvious facts or refusing to acknowledge established facts in order to score a cheap political point which is a mark of a desperado.

Bro Obuah said though admitted, that Dumo Lulu-Briggs is only a Rivers citizen by parentage and not by residential, he nonetheless needs to be honest and properly guided by his instigators to avoid such goof and public disgrace as stirred by the laughable statement of having not seen any project done by Gov Wike who has won enviable awards nationally and internationally as best Governor in light of his unprecedented infrastructural achievements in the State.

“We have far gone beyond this kind of infantile statements to impress political benefactors, otherwise how could a supposed seeker to the office of Governor of Rivers State claim he has not seen anything done by the person he wants to replace. Has Dumo Lulu-Briggs even thought of finding out how the ring roads and improved waterways, modern educational institutions, renovated and newly reconstructed hospitals and health centres, functional institutions like the judiciary, House of Assembly, Sports, entertainment parks and other infrastructural developments came about and what was the level of the State economy when his former APC godfather, Rotimi Amaechi was at the helm of affairs”, the PDP chairman asked.

The PDP chairman, Bro Obuah believes that only if Dumo Lulu-Briggs will accept the invitation for the guided tour, he is sure that he (Lulu-Briggs) will abandon his governorship dream and join the PDP campaign crew as Gov Wike’s co-ordinator in his neighbourhood.

Nigeria Election 2019: Why democracy is not easy to maintain –...