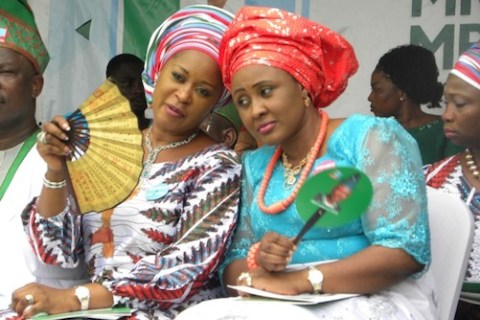 The Wife of President Muhammadu Buhari, Aisha, on Saturday led the All Progressive Congress (APC) Women and Youths Presidential Campaign Team on a solidarity walk for the re-election of her husband.

Mrs Buhari was represented by the wife of the Vice-President, Dolapo Osinbajo, who led the team from the Unity Fountain to Eagle Square in Abuja.

The APC supporters who converged on the venue were mostly women and youths, who chanted solidarity songs for the APC.

They made various displays expressing their support for the re-election of the President on Feb.16.