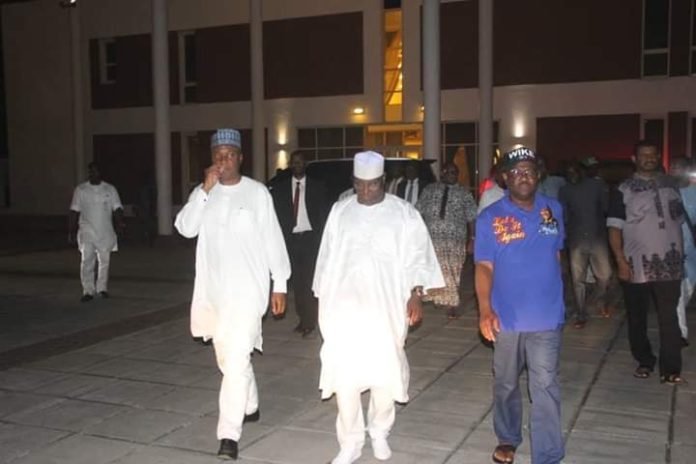 All is now set for the mega PDP Presidential Campaign Rally at the Adokiye Amiesimaka Stadium in Port Harcourt on Monday Morning.

He was accompanied by the PDP National Chairman, Prince Uche Secondus and Senate President Bukola Saraki who also doubles as the Director General of PDP Presidential Campaign Council.

Rivers State Governor, Nyesom Ezenwo Wike received the Presidential Candidate in company of leaders of Rivers State. The governor stated that the rally will be the mother of all rallies signalling the beginning of a new era in Nigeria.

Atiku Abubakar will meet with the Rivers State Council of Traditional Rulers by 9am at their secretariat before proceeding to the stadium to interface with hundreds of thousands of Rivers people.

The rally starts by 10am prompt.