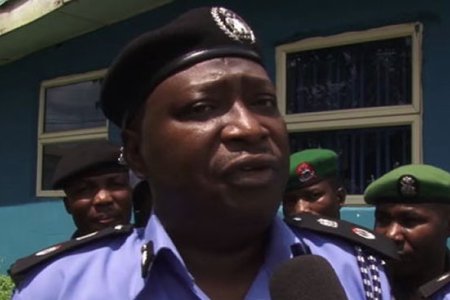 Indication has emerged in Ogun State that the Commissioner of Police, Ahmed Iliyasu has been redeployed from the state following the attack on President Muhammadu Buhari and others at Monday’s presidential rally in the State.

Thugs loyal to Governor Ibikunle Amosun hauled stones and peddles at Buhari, the APC Chairman, Adams Oshiomhole and others at the rally.

The action was said to have embarrassed the president and the APC, without the Commissioner of Police in the state doing nothing to arrest the situation.

Sources in Ogun State said Iliyasu has been replaced with Gbenga Adeyanju.

Efforts to get the Ogun Police Public Relations Officer to confirm the story proved abortive, as calls made to his phones were not picked.

But a top police source who craved anonymity confirmed the development, saying that a new Police Commissioner would resume today.