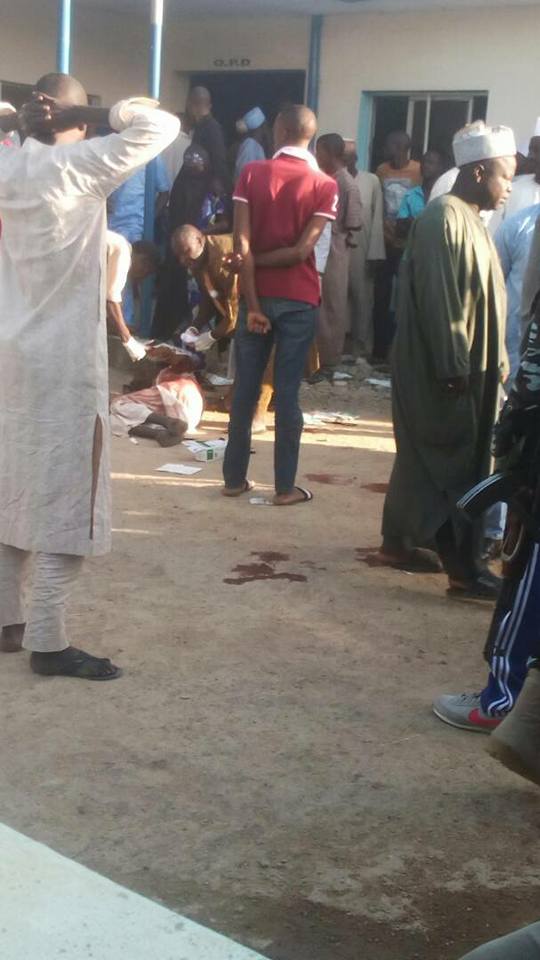 Nine persons were killed, including a suicide bomber, while 15 others sustained injuries, when suspected Boko Haram insurgents launched an attack in Maiduguri, the Borno State capital, on Saturday morning.

According to residents, the attackers stormed Polo Jidari area in Jere Local Government Area (LGA) of Maiduguri at about 5am, shooting sporadically killing 8 persons and 15 other sustain injuries.

They started hearing gunshots during the Muslim early morning prayer, before a bomber exploded his IED vest.

Lawan Babuji, a resident of Njidumari area of Polo, Maiduguri, said members of the civilian Joint Task Force (JTF) were affected, as he fled his home earlier on Saturday.

“There was pandemonium in Polo, when these evil perpetrators started killing people. One of our active JTF members was among the people who lost their lives,” Lawan told SaharaReporters.

Another resident, Babagana Kuda, said: “It was surprising how they were able to beat the soldiers. We lost eight persons and 15 people were injured. As you can see, the Theatre Commander of Operation Lafiya Dole just left some minutes ago.”

Officials of the State Emergency Management Agency (SEMA) have evacuated some victims to the State Specialist Hospital for immediate attention.

SaharaReporters gathered that more than 20 security vehicles are stationed at all the roads linking to the area, while journalists have been barred from the area.

It was also learnt that there were twin attacks in Gajiram in Nganhzi and Bama LGAs of Borno on Friday, but the details were not clear at the time of this report.