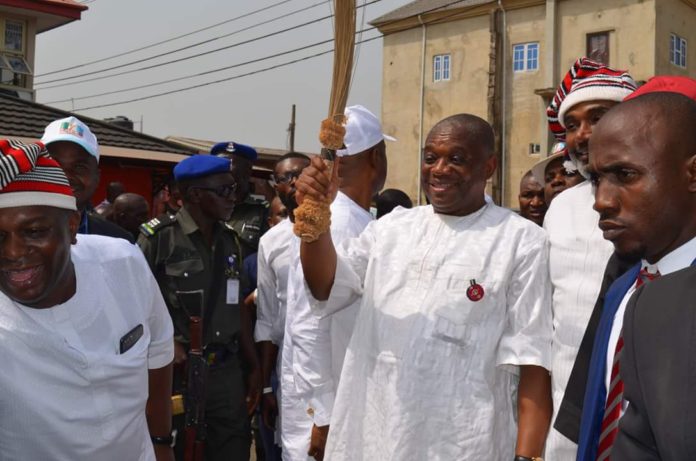 -Plots To Hand Over APC 2023 Guber Ticket To Mascort Kalu-

PUO REPORTS gathered from sources very close to the former Governor that the name of Hon Mascort Uzor Kalu his own brother topped the Ministerial List the former Governor wants President Muhammadu Buhari to consider for Appointment as Minister from Abia State.

The Former Governor is also allegedly plotting to hijack all the Federal Slots to Abia State all in a bid to take full and forceful control of the All Progressive Congress ahead of 2023 when he plots to install Mr Mascort Uzor Kalu as the Governor of Abia State.