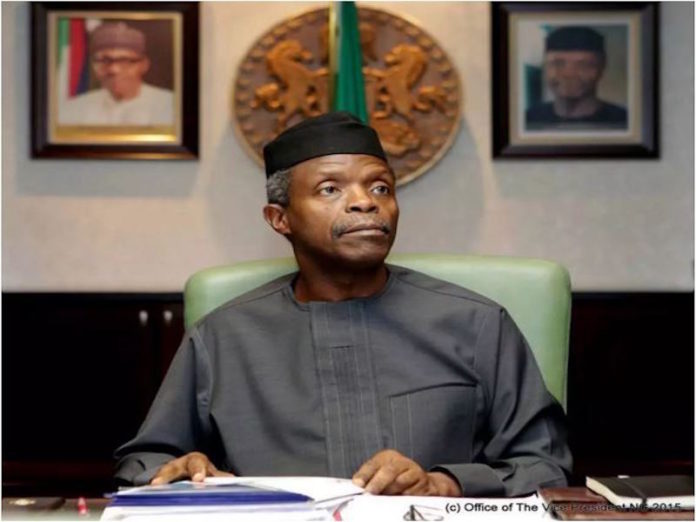 The Vice-President, Prof. Yemi Osinbajo on Monday held a secret meeting with Sen. Ali Ndume at the Presidential Villa, Abuja.

The senator arrived the villa at about 3.20 p.m, and went straight to the vice-president’s office for the meeting whose agenda was unknown to State House correspondents.

The meeting was to deliberate on socio-political issues including the forthcoming election of new leadership for the ninth National Assembly.

The National leadership of the All Progressives Congress (APC) had enjoined all APC members-elect of the National Assembly to support its decision to elect Sen. Ahmed Lawan and Hon. Femi Gbajabiamila as Senate President and Speaker of the Federal House Representatives respectively.

But Ndume had insisted to contest for the seat of senate president.

Ndume’s action has generated heat within the party.